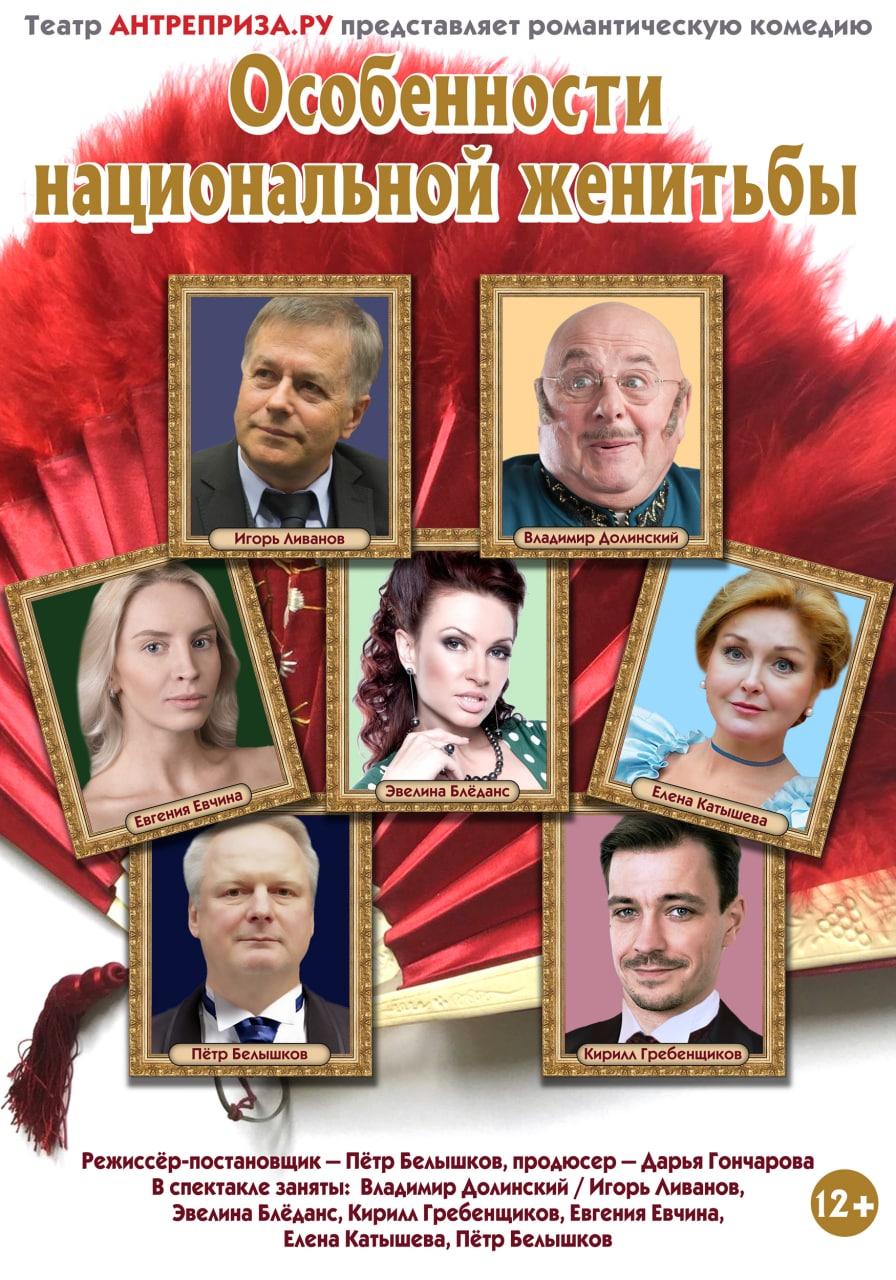 Features of the national marriage

"Peculiarities of national marriage"
Almost a century and a half since the great classic A. N. Ostrovsky wrote the play "Wolves and Sheep", little has changed in today's life. Strong and weak, stupid and cunning, rich and poor. In a word - wolves and sheep. Strong "wolves", eat weak weak-willed sheep. The classics are not outdated to this day.
The title of the play "Peculiarities of national marriage" is very symbolic and not accidental. Today, just like in the past, cynically and prudently, without a shadow of embarrassment and a hint of love, for the sake of their own benefit, people are ready to go down the aisle, linking their destinies.
The director of the play, Pyotr Belyshkov, working with a magnificent star team of actors, managed to perfectly convey the life, customs and atmosphere of the county nobility of the middle of the last century.
Money is at the head of everything, fake papers, a marriage of convenience, intrigues, wolves in sheep's clothing.
But, according to the classics of the genre, every cunning person is even more cunning.
The characters turned out to be really bright. And not only thanks to the talented performance of the actors. Designer costumes, unusual artistic design of the performance (in the background there is a screen on which a video recording from the life of the late 19th century is broadcast). All this further immerses the viewer in the atmosphere of the provincial district of that time.
Famous actors, beloved by the audience, are engaged in the performance. Colorful Tatyana Lyutaeva as the landowner-schemer Murzavetskaya
The role of the ruined landowner Berkutov is perfectly played in the double by the handsome and beloved women Kirill Grebenshchikov and Maxim Shchegolev.
Vladimir Dolinsky / Vadim Andreev/Vyacheslav Razbegaev is a dishonest official Chugunov, who personifies all corrupt officialdom with his character. These brilliant actors are as always magnificent and organic, they cause laughter and stormy applause by their appearance alone.
Polina Dolinskaya, the talented daughter of a talented father, plays Glafira, a young relative of Murzavetskaya, who pursues one single goal - to marry a rich man.
The director of the play, Pyotr Belyshkov, himself played the role of a rich county landowner, Lynyaev, who is married to the cunning Glafira.
The premiere of the play took place on August 9, 2016 in Yekaterinburg. Since that moment, the actors have visited many cities and gathered a standing ovation everywhere. The audience accepts the actors standing up, not letting go of the stage for a long time. This proves once again that the hackneyed topic of Wolves and sheep is still relevant to this day. And, perhaps, such a warm welcome is also connected with the fact that everyone who comes to the theater recognizes himself, one of his friends, acquaintances in one of the characters. We are all either wolves or sheep, or at least once in our lives we have played an unusual role. Well, that's life.