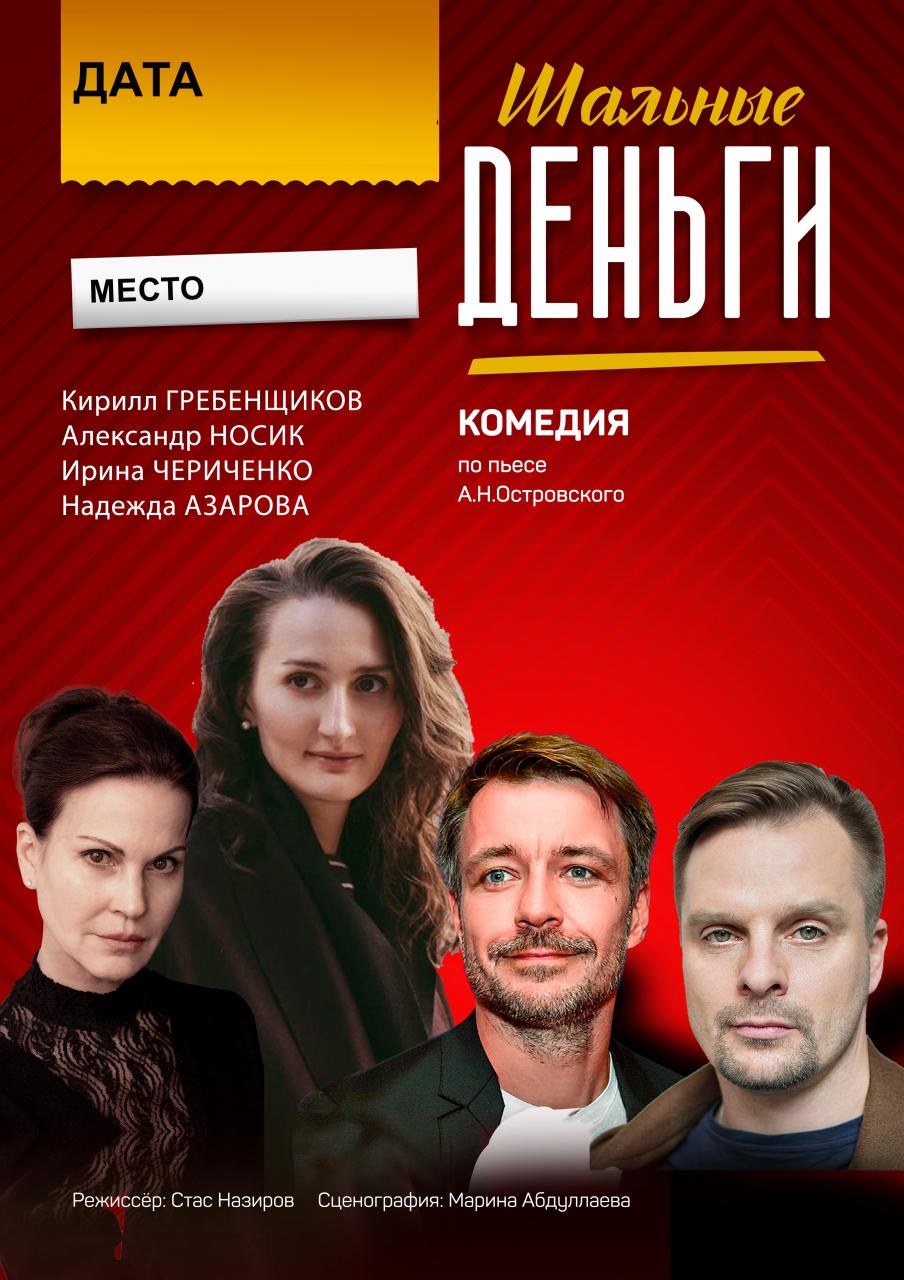 "Crazy Money" is a unique production. It is unique in the sense that the director managed to put Ostrovsky in such a way that both fans of the writer's literary and dramatic work and those who are a little wary of the classics, considering it initially predictable, are delighted with the performance. The former are especially grateful to the creators for their careful attitude to the author's text, the latter for their sparkling humor, and both for the most interesting action, which you follow without looking up from the stage for a moment!
The plot is really intriguing from the first minutes. The main character Lydia has lived all her life, denying herself nothing. She has a lot of fans, but no one will dare to propose to her. After all, the cavaliers know: she will give her hand only to a wealthy person. And suddenly, surrounded by a beauty, a certain Vasilkov appears, a provincial in love. But Lydia's friends, having decided to play her, give the modest man for a millionaire. When the heroine accepts Vasilkov's offer, she is cruelly deceived.
Undoubtedly, "Crazy Money" gives the viewer the opportunity to think about true values and what happens when they are replaced with money. But in addition, it is a bright comedy: Ostrovsky's witty humor makes the audience literally explode with sincere laughter more than once during the performance.
The cherry on the cake in this production is a brilliant cast.
We have all seen these artists on TV screens, so do not deny yourself the pleasure of seeing their talented performance with your own eyes!