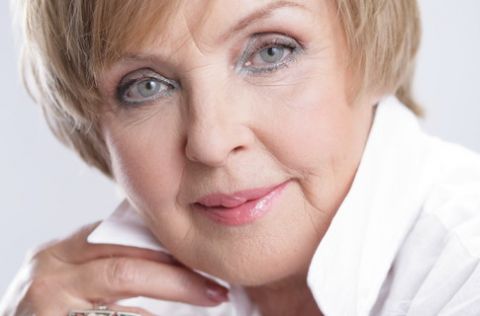 She graduated from the Kiev Theater Institute named after I.K. Karpenko-Kary (1959).

He is engaged in pedagogical activity - he teaches at the Karpenko-Karsky Institute of Theater Arts in Kiev; She was a member of the Soviet Peace Committee, takes an active part in public life. The author of poetry collections - Ukrainian “Mother's prayers” and Russian “I kiss your voice”, wrote a book about her husband “My Kostya”. In the mid-1990s, after leaving the Lesya Ukrainka Theater, he toured with concert programs, actively starred in films, worked in entreprise performances in Moscow and Kiev.

In recent years, after the death of her husband, People's Artist of the USSR Konstantin Stepankov, lives and works in Moscow.

Since 2007, she was enrolled in the troupe of the Kiev State Academic Drama and Comedy Theater on the left bank of the Dnieper, where she is engaged in the play "Pink Bridge" (directed by E. Stepankova) - Francesca Johnson.

The actress celebrated her 70th birthday with a new performance on the stage of the Ivan Franko National Academic Drama Theater "Star Quality" (directed by A. Lisovets).

Engaged in the play of theater workshop "Suzir'ya" "Make yourself at home" (directed by E. Stepankova) - Morion Dupre