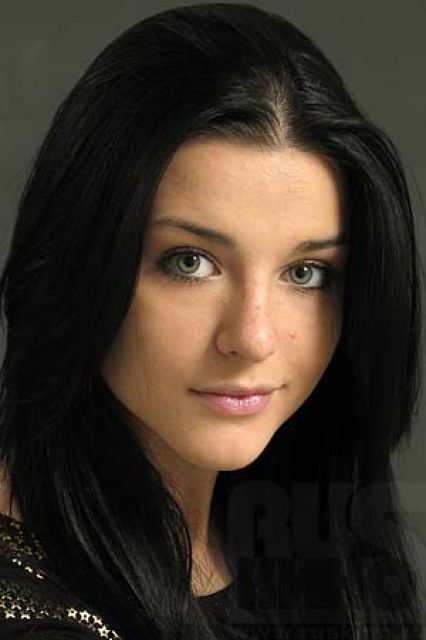 From the age of 5 she studied at the Zorenka folk dance studio. At the age of 7, she simultaneously entered and graduated from the children's modeling agency of Glory Zaitsev and was enrolled in the eponymous theater of the great fashion designer. As part of the team, she repeatedly became the winner of various competitions.

In 2000, she moved to the Step-House children's modeling agency Alexei Bulanoy, where she continued to study acting, contemporary dance, juggling, pointe, step dance, acrobatics, and defile dancing. They paid attention to Nastya and soon she was already filming in Sesame Street.

In 2003, the director Ivan Solovov was the first to notice and approve Nastya for the role (the role of Margo) in his film "Words and Music", where she played together with Vera Sotnikova, Marat Basharov, Alexei Guskov, Amalia and others.

In the same year, Boris Grachevsky entrusted Nastya with the main roles in 3 stories of the legendary "Jumble".

In 2004 there were shootings in the video of the chansonnier Mikhail Zadorin for the song "Belarus Station", dir. Ekaterina Grokhovskaya.

In 2006, Anastasia played Lyalya in the television show “The Cross-Line”, directed by Peter Stein, based on the work of the same name by Lyudmila Ulitskaya. The partners of Nastya were great - Iya Savvina, Anna Dubrovskaya, Evgenia Dobrovolskaya and others.

In 2007, the general producers of the series “Daddy's Daughters” invited Nastya to the role of Dasha Vasnetsova. Only one thing related to this character Nastya - that, like Dasha, Nastya grew up in a large family (she has four sisters). Otherwise, Dasha is her exact opposite. But the power of acting and the work of make-up artists always do wonders. And now before us is a real gloomy goth - black clothes, black hair, appropriate makeup and manners.