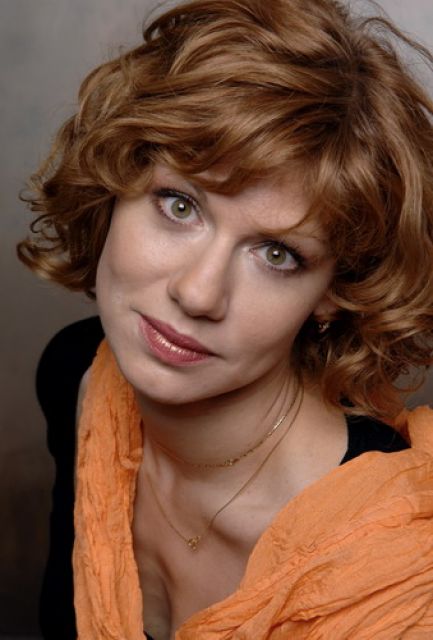 Elena has a sister, Anna, who is 9 years younger than her, niece Nastya. Helen studied at a regular school in Minsk. She was not an excellent student, but was, as they said then, a pretty girl. According to her, she was very shy, but despite this, all the teachers for some reason believed that she would definitely become an actress. In school years, Elena re-read all the tales and all Russian literature - the collected works of various writers: Pushkin, Tolstoy, Gorky, Kuprin, Gogol, Chekhov and many others. Reading books to this day is an actress's hobby.

In school years, Elena was interested in a lot. She studied music, ballroom dancing, fencing, athletics, went to the pool and art school. At the New Year's holiday at the school, she played the role of Kikimora, often starred in extras. In the tenth grade, Elena entered the dialogue studio at the House of Railwaymen. However, it seemed to Elena that the acting profession was from the category of the divine, she did not dare to enter the theater institute, therefore she submitted documents to the pedagogical, but did not enter. Elena had to get a job as a nanny in a kindergarten, then in a library. Nevertheless, she continued to work in the studio theater, from which the “Alternative Theater” grew up a year later. One of the serious roles is Patricia in the performance “Orchestra”. In the theater, Elena met the rock musician Alexander Romanovsky from the group “Children of Lieutenant Schmidt”, for whom she married for the first time. She was 20 years old. The marriage lasted a year, and then broke up by mutual agreement.

Elena decided to start a new life and left for Moscow. In preparation for the entrance examinations at the Russian Academy of Theater Arts (RATI-GITIS), Elena was faced with lack of money and hunger ... But despite all the difficulties, Elena stubbornly moved to the intended goal and entered RATI-GITIS in the directing department, in the acting group ( workshop of the national artist of Russia Leonid Efimovich Kheyfets). It was at the entrance exams that Elena met her future husband - theater director Alexei Litvin, who, being a graduate student of this university, worked simultaneously as a teacher-trainee in the skill of the director. During her studies, Elena starred in various television shows and episodes, worked for some time at the Stanislavsky Theater. In the second year, during rehearsals of an educational performance, a romantic relationship began between Elena and Alexei Litvin. It took Elena and Alexey 4 years to decide whether to be together or not. But when Aleksey went on a business trip to the International Institute of Actors in France for two months, the separation put everything in its place ... Therefore, Aleksey made an offer to Elena directly by telephone and she agreed ... In 1996 (after graduation), Elena was accepted into the troupe of the Moscow Academic Theater. Vl. Mayakovsky (at that time Andrei Aleksandrovich Goncharov was the main director), where she worked for 7 years (until 2003). Among the works of Elena in the Theater. Vl. Mayakovsky can distinguish the following performances: “Lizard” by A. Volodin (Lizard), “How Do You Like It” by V. Shakespeare (Rosalind), “The Adventures of Pinocchio” by A. Tolstoy (Lisa Alisa), “Free Man Comes In” by T. Stoppard ( Florence).