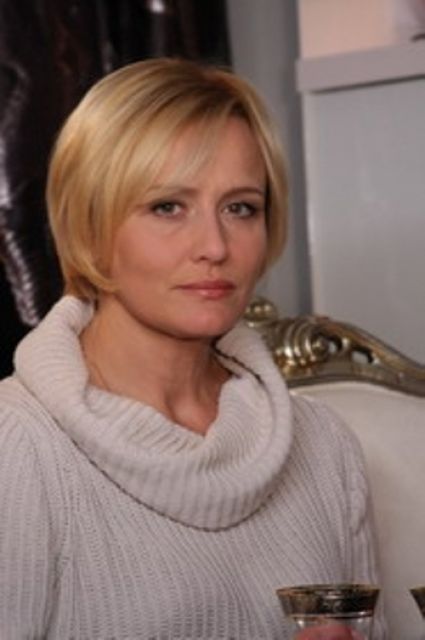 She entered the Novosibirsk Theater School, despite the fact that she had not yet graduated from school. She later received a certificate at a school for working youth.

At the theater school I got on the same course with Vladimir Mashkov. Their romance began after they had been together on the birthday of a mutual friend. Soon Mashkov and Shevchenko got married. But soon Vladimir applied for leaving the school and left for Moscow. Elena stayed in Novokuznetsk, and in 1985 gave birth to a daughter, Masha. In the same year, after graduating from college, she went after her husband to Moscow.

She made her film debut in 1991. Her first works were roles in the psychological thriller Vadim Abdrashitov's Armavir and Boris Trumin's melodrama Black and White. The picture "Black and White" was shot in the United States in English, and Russian viewers did not see it. But "Armavir" brought the actress first fame.

Thanks to the painting “Black and White,” she was invited to the Mayakovsky Theater, which was directed by Andrei Alexandrovich Goncharov.

Soon Elena got married a second time. Her husband was Igor Lebedev, who graduated from the directing department of GITIS (he is currently the director of Carmen-video). In 1994, the couple had a son, Nikita, and then a second son.

After working for ten years in the theater. Mayakovsky, Elena Shevchenko left him.

Currently, she plays in the play "The Night is Tender" of the Moon Theater by Sergei Prokhanov.