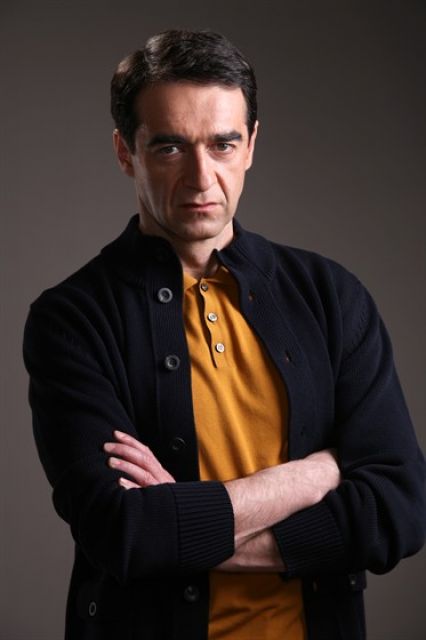 Alexander Rezalin was born in Moscow in a family of engineers. Alexander Borisovich recalls his childhood: “We lived on the street of Bogdan Khmelnitsky - now it is called Maroseyka. One of my first childhood memories is the demonstrations that go past our windows. ”

It so happened that in childhood Alexander was not involved in any amateur activities. He studied well in an English school, then moved to a math class. The boy's love of theater arose thanks to a teacher of literature. She periodically arranged evenings in which schoolchildren participated. At one of these evenings, dedicated to Anton Pavlovich Chekhov, Alexander read his letters from the scene. He says: “... suddenly I felt some kind of irony ... Apparently, this sounded because I was praised. And some sweet poison successfully sunk into the soul ... ”Perhaps this was the first impetus for choosing a future profession.

However, one should not think that after that Alexander immediately decided to become an actor. After graduating from school, the young man, as expected, chose the profession of engineer. He entered MIIT, but already from the second year he began to look for an application to his creative potential. Alexander went to the national theater of the reader, tried to enter the theater schools ...

Upon graduation from the Moscow Art Theater School in 1985, Alexander Rezalin was invited by Konstantin Raikin to the Satyricon Theater together with three classmates. Raikin canceled the skill of novice actors to portray various objects and animals. With one of these numbers they were even filmed in the program "Funny Guys".

After working with Konstantin Raikin for four years, Rezalin, at the invitation of Grigory Gurvich, moved to the Bat Theater, where, as the actor admits, “everything was clear, easy.” There, for the first time, Rezalin began to sing - under the orchestra, with a microphone. Gurvich made a number where he sang a French chanson and neither more nor less - Frank Sinatra! Among the roles played in the theater: actor P. in the play "Reading a new play" and the author in the play "I am stepping through Moscow."

Alexander Rezalin says: “Work in The Bat was one of the hypostases, which, in principle, was very easy for me, but I wanted more serious theater roles. And the last 3 years I combined work there with work at the Moon Theater ... "

In addition to the Moon Theater, Alexander Rezalin performs in other theaters and enterprises. At different times, he played roles: Menachem Mendl (“Memorial Prayer or Violinist on the Roof” - Musical Theater by V. Nazarov), Samir (“Paris Asleep” - La 'Theater, Entreprise), Richard (“Lover” of Entreprise Roman Viktyuk) and others.

In the movie, Alexander Rezalin made his debut as Claude in the film "Chernov / Chernov." Then he starred in small roles in the films Tango with Death, Prediction, and others.

One of the last works of the actor is the closest associate of Lavrentiy Beria, General Nuzgar Lomadze in the series “The Moscow Saga”.

“Is it easy to be an artist? This is the same as asking if it is easy to live in this world. I can’t answer that either. Sometimes it’s easy and pleasant, sometimes not. But I was no one else, except for one year of work as an engineer, so there is nothing special to compare. But I do not really feel myself as a person from an artistic environment. I do not like when artists remain artists in life, it seems to me that this is a bad form. I was brought up by such teachers as, for example, A.A. Popov, who in life was a very discreet person, and my ideal is an artist who is not noticeable in the crowd after the performance ... "