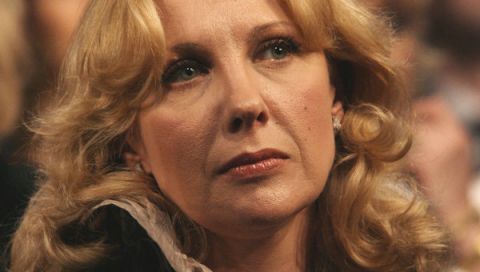 Born on March 5, 1961 in the Zhytomyr region, Ukrainian SSR, in the city of Novograd-Volynsky.

Mother - Valeria Pavlovna, an employee of the research institute, father - Alexei Nikolaevich, a soldier: the family had to very often move from place to place. As a result, Elena Yakovleva changed many schools.

She graduated from the school in Kharkov in 1978. After graduation, she managed to work as a librarian at KSU and a cartographer. Then she worked as a picker at the Kharkov Electrical Equipment Plant. She put off her salary for a trip to the capital. And when I saved up money, I went to Moscow to enter GITIS, because in childhood she decided that she would become an actress. According to Elena, during her acting performance at the entrance exam, the chairman and members of the selection committee “laughed to tears” over the mise-en-scene she had invented. She was accepted on the first attempt, in addition, they helped to successfully pass the remaining exams. According to the teacher Yakovleva, Vladimir Andreev, even at the entrance exams it was clear that she had a great future: on admission, reading a monologue, Yakovleva knelt and the admissions committee listened to her standing. Elena Yakovleva herself recalls her admission as follows: “A commission is sitting in a small room at the table, and I am standing in front of it. I declare: "The Resurrection, Leo Tolstoy." And Tolstoy wrote: "Katyusha Maslova fell to her knees." So I fell to my knees. But they couldn’t see anything, they had to get up, and they listened to almost all of my monologue standing.

In GITIS, Elena studied in the workshop of Vladimir Andreev (1980-1984). After graduating from GITIS, she was admitted to one of the leading theaters in Moscow - Sovremennik. For the inclusion of her in the troupe of the theater, members of the art council, headed by Galina Volchek, voted unanimously - this is a rare case.

She made her debut in the role of Gitel in the renewed performance of Galina Volchek “Two on a Swing” (1984), based on the play by W. Gibson. Nikolai Popkov was Yakovleva’s first partner.

In 1986, Valery Fokin suggested that Yakovleva go to the theater. Ermolova, - there she served for three years. Then she returned to Sovremennik, and - a rare case - was taken back. However, in May 2011, after 27 years of service in the theater, she left him again, and her husband Valery Shalnykh left the theater with her. Elena herself explains the reason for her departure as follows: “... Everyone is growing up, and the theater has already become not the one I madly loved, in recent years the theater has begun to change dramatically, and not for the better. The theater has become completely different - like everyone else ... ".

Elena's debut in the cinema was the picture of George Yungvald-Khilkevich “Two under one umbrella” (1983).

In the 1980s, she starred a lot (Maria in V. Abdrashitova's “Plumbum or Dangerous Game”, Mila in A. Sakharov’s “Time to Fly” and others) - however, the all-Union fame came to her after the role of Tanya Zaitseva in “Intergirl” 1989) directed by Pyotr Todorovsky, based on the scandalous novel by V. Kunin. Pyotr Todorovsky approved the then-unknown actress Elena Yakovlev for the role of “night butterfly” unexpectedly for the entire film crew, although “the sexiest beauties of Soviet cinema” were tried for this role: Irina Rozanova, Tatyana Dogileva, Ingeborga Dapkunaite. It is believed that the actress subdued the director with her soul, and not a beautiful figure [8]. Elena herself spoke about the movie screenings for the movie "Intergirl" on February 12, 2014 at her creative evening, which she called simply "frank conversation", which took place on the stage of the Kiev House of Officers.

In the 1990s, Todorovsky Sr. made Yakovlev in three of his films: “Anchor, More Anchor” (1992), “What a Wonderful Game” (1995) and “Retro Three” (1998). Subsequently, she regretted very much about her unplayed role as the wife of a divisional in Nikita Mikhalkov’s film “Burnt by the Sun” (1994), to which the director approved Ingeborga Dapkunaite.

To the new peak of popularity, the actress ascended the role of Nastya Kamenskaya in the television series "Kamenskaya".

The first husband is Sergey Yulin (born April 20, 1957), a drama actor, Honored Artist of the Russian Federation (1999), artistic director of the Trans-Baikal Regional Drama Theater. They got married, as students of GITIS, six months later broke up.

The second husband is Valery Shalnyh (born April 8, 1956), the actor of Sovremennik (1977-2011), People's Artist of the Russian Federation (2006). The spouses registered the marriage on March 3, 1990 in the Griboedovsky registry office of Moscow, and before that they had been living in an actual marriage for five years. The witness at the wedding was Igor Kvasha.

Son - Denis (born November 7, 1992), studied at the directing department of the Humanitarian Institute of Television and Radio Broadcasting on Bolshaya Polyanka in Moscow, director.

In 2008-2011, Elena Yakovleva was a member of the Presidential Council for Culture and Art.

She advocated the adoption of a law on the protection of animals, and supported the legalization of the sphere of sexual services.

In a monologue published by Rossiyskaya Gazeta in October 2013, Elena Yakovleva criticized the activities of the State Duma of the Russian Federation: “If I were in the ranks of our Duma, I would fight with them day and night, would throw stones at them and I would just killed. How can laws be made full of nonsense, to fight against smokers not where needed, or to far-fetched gay propaganda, when there is so much poverty and beyond. ”