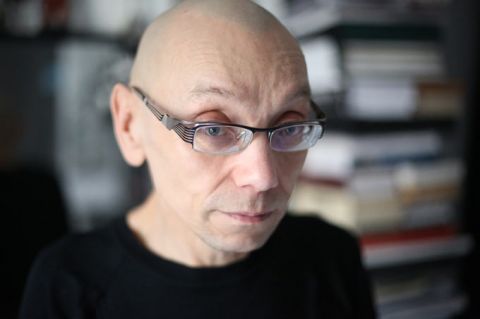 Born May 2, 1958 in the village of New Kushva, Sverdlovsk Region. Grew up in the city of Nizhny Tagil.

Since the Libabov family did not live well, Anvar had to wear very ridiculous clothes as a child. For example, the coat received from the school as material assistance is three sizes larger, short trousers, worn bots. Given the very thin figure of Anwar and thick glasses, this caused peer ridicule. Fortunately, Anwar did not withdraw into himself, and did not become embittered with those around him - he did everything he could to cheer up his comrades.

After school, by decision of the family council, he entered the veterinary school, which he graduated in 1977 with a red diploma. Immediately after that he entered and in 1982 graduated from the Leningrad Veterinary Institute. By distribution, he was sent to work as the chief veterinarian of the collective farm named after I.V. Michurin in the Kalinin region. Later he transferred to work at the Ruchyi state farm, worked as a senior veterinarian at the Lavriki farm in the Leningrad Region.

In 1981 he entered the pantomime school-studio at the clown-mime theater "Lyceum".

In April 1987, he completed his career as a veterinarian and became a clown in the Lyceum Theater. From 1987 to 1989 he was the head of the production part of this theater, and from 1998 - the general director. In 2003, he voluntarily left his post in order to be able to devote more time to preparing the theatrical circus show “Krakatuk” based on Hoffmann's fairy tale “The Nutcracker and the Mouse King”. Moreover, it was very difficult to combine the creative work of the actor with the pragmatic and routine work of the administrator.

Anvar Libabov has a sister and three second cousins. One of them is a steelworker, another builder, a third medical worker.

Wife Natalya - a former theater critic, journalist, editor-in-chief of various newspapers. Now works as a creative producer in a film company. Anvar Libabov met his future wife in the Leningrad House of the actor. According to Libabov, it was love at first sight. For many years, they are inseparable from his wife, but officially formalized their relationship only after many years, when their daughter was already at school.

The only daughter of Anvar Libabov is Eugene. By education an art critic. He publishes books, writes mainly about music. In particular, he is the author of the book “The King and the Jester. And the living will sing about the dead ”- an authorized account of the history of the famous Russian punk band“ King and the Jester ”.

Libabov’s creative activity began in his student years with participation in KVN, STEM and performances of the student drama theater based on plays by A. Volodin, E. Schwartz.

Working as a veterinarian, Libabov participated in amateur performances - he sang in the choir at the village club, continued to collaborate with the "Lyceum".

In 1987, at the invitation of Vyacheslav Polunin, he began to serve in the clown-mime theater "Lyceums".

Anvar Libabov’s debut in 1986 was his participation in the musical film “How to Become a Star”, well known to the owners of the first video recorders in the Soviet Union. Later, Libabov repeatedly acted in films, but more and more in secondary roles, or in roles where it is not required to pronounce a lot of text. So he played a significant and spectacular role in the film "Castle", where there is not much text.

The big work in the cinema was the role of Anton Groshev ("Guru") in the television series "Liteiny, 4". According to Libabov, it was a difficult job.