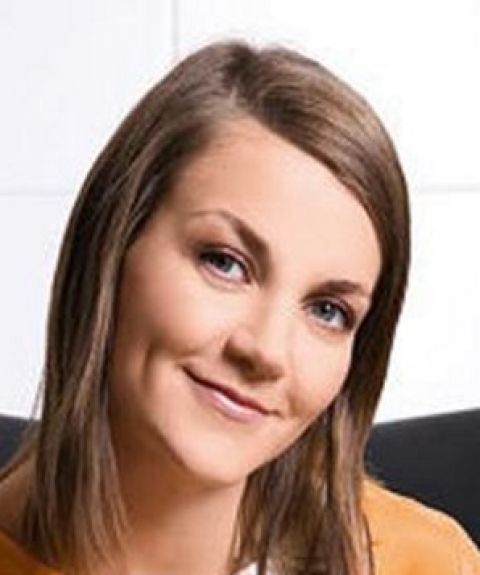 Anna’s life passed in stages: since childhood, she was fond of art and dreamed of becoming an actress, graduated from high school, entered the Samara Institute of Culture, after which she went to Moscow and first entered the RATI (GITIS). Anya chose the Academy of Theater Arts because the rest of the theater universities — the Shchukinsky and Shchepkinsky Schools, the Moscow Art Theater School — she considered something like a college. The authoritative and eminent Vladimir Andreev was a master in the course at the budding actress, and Anna GITIS graduated with honors and in 2001 was accepted into the troupe of the Moon Theater.

It seemed that everything was developing logically and successfully. But the actress thought that everything will continue to develop well: first-class roles, recognition, a lot of work. However, the realities of the acting profession were so unexpected that Anna decided to become ... a policeman. As the actress recalls now, the acting world seemed terrible to her, and there was no place for her in it. And Ukolova decided to submit documents to the school of the Ministry of Internal Affairs to study as an investigator. But then she got a call and was invited to a casting: director Yuri Moroz launched the series "Kamenskaya". As a result, Anna starred in the role of Anna Lazareva. After working with Yuri Moroz and in connection with the success of the series, Ukolova changed her mind about joining the police and decided to continue what she started - to develop as an actress. She no longer lacked a cast. Following Kamenskaya, roles in series and films followed: Law, Everything You Love, Women in a Game Without Rules, Station. The film "Point" was for Anna the second job with director Yuri Moroz. The dramatic story of girls prostitutes working at the "point". Ukolova performed one of the main roles - the girls of Anna. In the famous Russian-Ukrainian series “Witching Love”, Anna Ukolova played one of the main roles - Nadia, a woman who was ready to do anything for her goals, even witchcraft. And although the actress herself says that this kind of person is completely not close to her, she, as a believer, has a negative attitude to any kind of witchcraft and fortune-telling, but from the acting point of view, Ukolova presented everything very reliably, and the audience believed.

Among the best films, one can distinguish: “The Point” (2006) and “Leviathan” (2015), for which the actress received film awards. After Leviathan, it becomes recognizable not only in Russia, but also in other countries. Collaborates with various theaters, often playing in performances. Now participating in the production of “Men's fragrance. Orchestra ”at the Teatrium on Serpukhovka. Anna's filmography includes more than 92 films and series. In recent years, the actress's demand is only growing, much has been removed: “Alien Sweetheart” (2015), “Beard” (2016), “Lucky Case” (2017) and many others.

The actress works a lot, but does not forget about her personal life. For many years, her beloved man, her husband Sergey, has been with her: “Sergey is my main support in life. I understand my husband perfectly, the actress I am only in the frame, and at home - just a wife. I try to eat, cook, cleanliness and comfort, so that the house has a good aura. Of course, I have night shots, but in general I prefer to work during the day in Moscow too. ” In May 2011, a couple was born to a son. Anna takes care of her personal life, believes that without a family she cannot feel full in the profession. But on the other hand, a sense of self-demand inspires you to work for the good of the family.