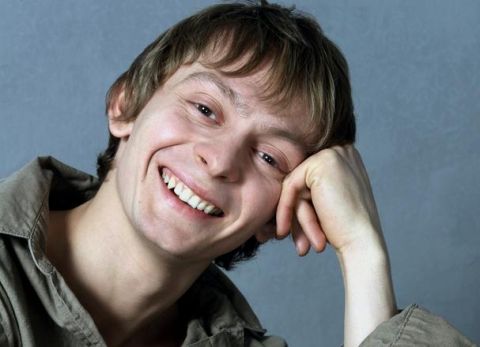 As a teenager, he did not even dream of becoming an actor. After school, Eugene entered a technical university, but quickly realized that he was more interested in the humanities. The theater brought him an ordinary case. Once, while in thought and throwing, Eugene was leafing through the brochure “For University Entrants,” where he came across a description of the acting department of the Boris Schukin Theater School. The applicant decided to try his luck and was rewarded for his courage. “I miraculously entered the Shchukin School the first time, constantly forgetting words and not knowing anything about the profession. I consider this luck, ”the actor admits.

At the theater university, Kulakov met his future wife, classmate Olga. “I am madly in love with her from the first day of the meeting. And her feelings woke up gradually. I gave flowers, surrounded by attention, in general, did not give a passage. And when they decided to sign it, they didn’t put it off: they took the only free time at the registry office, nine in the morning, ”the artist recalls. The couple had a son, Ilya.

At twenty-one, Eugene graduated from Pike and got a job at the Hermitage Theater. On his stage Kulakov performed many vivid roles, quickly becoming one of the leading actors of the troupe. So, he played Koreiko from the play “The Golden Calf, or Return to Odessa”, Gypsy from the “Monster”, David from the “Anatomical Theater of Engineer Evno Azef”, Mozart from “The Feast during the ChChChuma”, Paul I from “Kapnist there and back ". Eugene’s cinematic debut took place in 2001 in a short film about the war “And there was night”. Later, the actor began to appear on television. His first series was the criminal drama by Vladimir Khotinenko "Beyond the Wolves" (2002). Then Eugene starred in the multi-part melodrama "Theater Blues" (2003). Certain fame was brought to him by the role of the bespectacled botanist in the action movie of Yegor Konchalovsky "Antikiller 2: Antiterror" (2003), which glorified the entire cast. The major role of an intelligent student named Eugene artist was in the project "Students". By the way, he is often offered to play young intellectual heroes. So, in the fashion series “Club” (2006-2009), he appeared in the image of the blogger Ignat Tarandaykin, and in the project “Ostrog. The Case of Fedor Sechenov ”(2006) - lawyer Timur Alekseevich.

The first wide popularity was brought to Kulakov by participation in the melodrama of Oksana Bychkova “Peter FM” (2006). The film tells about the St. Petersburg DJ Masha and the architect Maxim. Masha is preparing for the wedding with her former classmate Kostya, and Maxim, having won the international competition of architects, got the opportunity to work in Germany. For some reason, one-young heroes are in no hurry to rejoice at future events. Everything is put in its place in the fateful case when Masha loses her mobile phone, and Maxim finds him. In this romantic story, Eugene played a friend of lovers - Victor. Unexpectedly for the creators themselves, Peter FM achieved a resounding success, collecting more than seven million dollars at the box office and winning the love of youth. Another famous film work by Eugene was the role of a talented hacker Ivan Tikhonov in the detective story “Trace” (2007). The series is dedicated to the work of the Federal Expert Service, which investigates the most complicated crimes. In the same year, in Vladimir Khotinenko’s 1612, Kulakov played a monk sitting next to a pillar who cares about the fate of Russia and suffers torment.

Today, Evgeni Kulakov is a sought-after actor in both theater and cinema. He calls his collectible Christmas toys his favorite hobby.