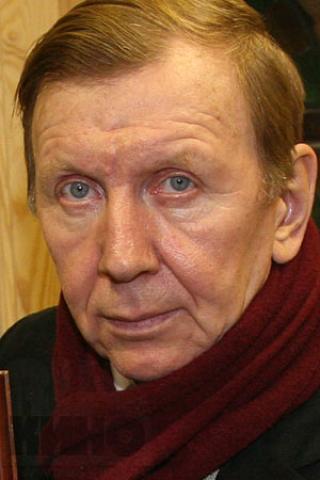 Yuri Chernov was born on April 24, 1949 in Samara (then still called Kuybyshev). His dad worked as a graphic designer at the Kuibyshev Aviation Plant, and his mother worked as a saleswoman in a store. As the actor himself admits: "If I have talent, it is from my mother, Valentina Ivanovna." Valentina Ivanovna had a magnificent voice and was a very friendly person. Visitors to the store loved her very much, and even in the newspaper an article was published about her entitled "The mistress of the counter."

Yuri Chernov recalls his childhood as very joyful: “I grew up in pioneer camps - in order to take my sister and I out to the countryside in the summer, my father got a job in the Volga to work as an artist in the camp.” Yuri studied well at school (until the fifth grade he was an excellent student), he never wrote off, because even then he believed that in life you should always rely only on yourself. However, those around him unanimously said: “Why do you need to study, you are a born artist!” He himself always felt like an artist: he loved to sing, always portrayed someone.

Parents, noting the son’s artistic abilities, supported him and at age 12 gave him to the Kuibyshev television studio. Then there were television performances in big swing, and Yuri began to take part in them. In addition, he participated in game programs, read poetry live, sang, danced.

After graduating from school, Yuri went to Moscow with the firm intention to conquer the metropolitan stage. He submitted documents to almost all theatrical universities, and failure followed everywhere. It is not known how everything would have developed further, if not for chance.

In Moscow, Yuri lived in the hostel of GITIS. One of his friends who lived there, was preparing to enter the circus school. He asked Yuri to play along on his guitar exams, and he agreed. At the exams, Yuri Chernov was noticed, noting that he was somewhat similar to the famous clown Oleg Popov. So, unexpectedly for himself, Yuri became a student.

Yuri Chernov has repeatedly admitted that he does not regret at all about the years spent in the walls of the circus school. Here he learned to play various musical instruments (accordion, balalaika, guitar, trumpet and clarinet), mastered many circus skills, which later became useful to him in his concert activities. “We had a wonderful course,” recalls the actor, “actors from various theater schools, including Kostya Raikin, came to us for fencing, plastic, and horseback riding classes.”

Students are generally poor people. To earn some money, they starred in extras and episodes of various films. Yuri Chernov also began with this. In one of these paintings, assistant director Stanislav Rostotsky drew attention to him and invited him to audition for the film "We'll Live Until Monday." “I have not had time to enter yet,” recalls Yuri Chernov, “and from all sides it has already sounded:“ Oh, Syromyatnikov! ” They took me right away, without trial, and filming began. ”

It is worth noting that the leadership of the circus school, to put it mildly, did not welcome the participation of their students in the filming of films. Yuri had to act in secret, showing simply miracles of resourcefulness. “How many excuses I had, various reasons, how many grandmothers, aunts and other relatives I“ buried ”, as if a terrible epidemic had passed in Samara. So for the second film, I no longer have “live” relatives, ”recalls the actor.

On the set of the movie "Let's Live Until Monday" a wonderful company was picked up. The “adult” roles were played by outstanding masters Nina Menshikova, Vyacheslav Tikhonov and Irina Pechernikova. The roles of students are GITIS students Olga Ostroumova and Igor Starygin, as well as high school students in Moscow schools. Yuri Chernov admits that it was easy to work, the team looked like a whole, and the atmosphere on the set was amazing. “Like our characters, we were also in love with Irina Pechernikova, simply idolized her,” the actor recalls, “we had incredible respect for Vyacheslav Tikhonov, he was an idol for us: I called my mother and shouted into the phone:“ Mom, I am shooting with Tikhonov! ”

Probably, it is in such conditions that masterpieces are born. The film “Let's Live Until Monday” is just, without any stretch, a masterpiece. A rare case for Soviet cinema when it was told truthfully, without embellishment, about school life. And the teachers turned out to be very different: educated, and not very, with all real human virtues and shortcomings. The pupils turned out to be just as reliable - especially here, of course, the game of Igor Starygin should be noted.

One of the students was played by Yuri Chernov. His hero was the charming dvoechnik Syromyatnikov. To some extent, the buffoon is in the good sense of the word. His remarks from the film are still remembered by the audience: “And my mother told me that it’s not good to kill birds” or “And Russia is not lucky with kings after Peter I”. And the famous phrase of the teacher (hero Vyacheslav Tikhonov) addressed to Syromyatnikov: “If you put a unit, you will get Yuri Nikulin”. By the way, the script should have read: “If you put a unit, you get Oleg Popov.” But both Chernov and Tikhonov were very sympathetic to Nikulin and therefore persuaded Rostotsky to change the phrase.

Glory and its consequences

The film "Let's Live Until Monday" was released in 1968 and was greeted by the audience with a bang. After the premiere, the cinema hall applauded while standing. Yuri Chernov in one instant became very popular. They recognized him on the street, and his famous cues from the film rushed after him. Showered with numerous offers from filmmakers.

One of these proposals was the role of Petruha in the famous painting by Vladimir Motyl "The White Sun of the Desert." However, teachers flatly declared: "Choose: either you act in films, or study at school". Yuri considered that study is more important and refused the role. He recalls: "It's a pity, because Petruha is a role for me, I could play something on the guitar, sing along ... Then I decided that study is more important, no one knew that the film would become a cult ..."

After graduating from the Moscow Circus College, Yuri Chernov for some time fell out of sight of moviegoers. For five years he worked in the Philharmonic, and occasionally starred in films in tiny episodes. However, those roles today hardly anyone will remember. For example, in the famous comedy of Gaidai, he played one of the balalaika players and was not even indicated in the credits of the film.

The turning point in the fate of Yuri Chernov was the participation in the filming of Sergei Yutkevich's film Mayakovsky Laughs (1975). In this picture, the actor played the main role of Pierre Prisypkin. At first, it was planned to create a full-length two-part tape, but because of illness, Yutkevich was forced to suspend filming. The assembled material did not even reach one series, and then the director began to dilute it with puppet and hand-drawn animation. Suddenly, it came to the place, reminding the viewer about the times of the “WINDOWS OF GROWTH”. The film turned out to be bright, unusual, quite in the spirit of the great poet’s creativity, but, unfortunately, remained out of the attention of the mass audience.

Although viewers and “brothers in the shop” did not notice Yuri Chernov then, nevertheless, the film played an important role in the life of the actor. In the same year, he decided to leave the Philharmonic, and at the invitation of his friend Leonid Baskin came to work in the Moscow Theater of Miniatures. In addition, having decided to catch up on the cinema, Yuri entered GITIS, in the correspondence department of the faculty of stage directing and mass cultural performances.

In the period from the second half of the 70s to the beginning of the 90s, Yuri Chernov acted in films a lot. True, the main roles in his career were not, a solid background and episodes. But sometimes it’s just the episodic hero that makes the picture unique. In the history of Soviet cinema there are several great masters, real kings of the episode. For example: Mikhail Pugovkin or Lilian Malkina. And the great Faina Ranevskaya did not always play the main roles, often shining in the episodes. So Yuri Chernov had the honor to become the king of the episode. Many viewers remember and love him in the roles of the orderly Zubkov from the comedy “Balamut”, dad Syroezhkin from the children's science fiction film “The Adventures of Electronics”, the driver Nikolai from the series “Gypsies”, the clerk Chumichka from the fairy tale “There, on unknown paths ...”.

Often he had to play negative characters. And how brilliantly he did it! In the psychological detective story of Stepan Puchinyan, “From the Life of the Head of the Criminal Investigation Department,” he played a bandit named Koryto. He played so realistically that the audience believed in its existence. The actor recalls such an incident: “Once, returning home, I caught a taxi, I say:“ I’m on Petrovka. ” In response: “Well, Trough, are you going to give up?”

In the 90s, the actor acted in films much less often. From 1994 to 1999, Yuri Chernov worked at the Moon Theater under the direction of Sergei Prokhanov. He played in the children's play "Dreams of Little Robinson", as well as in the play "The Night is Tender." But then, due to workload in entrepreneurial projects, they were forced to leave their theater.

A new period in the film career of Yuri Chernov began in 2002. With the development of Russian cinema, a talented actor again became in demand. He still plays episodic roles. Viewers could see him in films and TV shows: “Detective in Russian”, “Manor”, ​​“Trap for poltergeist”, “Main caliber”, “Vorotyly. To be together ”,“ Adele ”and others.

Yuri Chernov has been actively cooperating with the Society of Disabled for many years. Together with fellow actors, he traveled a lot around the country with concerts for the disabled, and also, together with representatives of the Philanthropic Foundation, was looking for talents among such people.

The first time Yuri Chernov married in his youth. “I studied at the circus school, she lived on the contrary, went to the theater studio, met,” the actor recalls. And although they had a daughter, Anna, that marriage was unsuccessful.

With his future second wife, Yuri Chernov met within the walls of GITIS, where she worked at the department of foreign theater. “I came to enter, looked into some kind of audience - either behind a pen, or behind a ruler, and she was sitting there,” says Yuri Nikolaevich. - Somehow we immediately got into a conversation. <...> This is probably fate - because I could go to a different audience, and nothing would happen. "

They have been together with Valentina for many years. The couple has two children: son Maxim and daughter Yaroslav. Yaroslav followed in the footsteps of his father, becoming an actress. He maintains relations with his first daughter Anna, who gave him a grandson, Alexei.