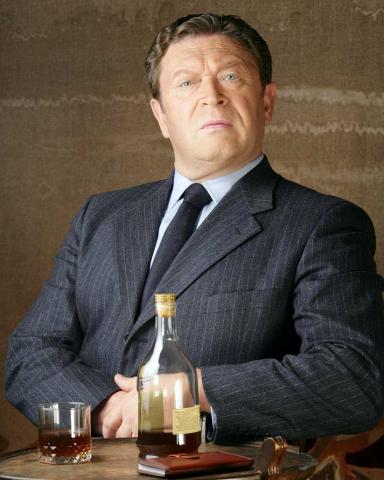 At 16, he entered the Rostov Theater Institute (workshop of G. Gurovsky), which he graduated in 1968. Then he was drafted into the army (he served in the song and dance ensemble of the North Caucasus district - he led the conference). After the army he was accepted into the troupe of the Rostov Academic Drama Theater. Gorky. Then he moved to the Rostov Youth Theater.

Having barely appeared at the Gorky film studio, he immediately attracted attention with his textured appearance. Immediately followed by an offer to star in the musical comedy of Vladimir Gorikker “Screen Star”. When the shooting was over, unfortunately, there were no new proposals, and George had to temporarily return to Rostov. He did not want to return to the theater and therefore got a job as a television announcer.

In 1975, the actor was invited to the role of Tikhon in the adventure film "Golden River". On the set, he met the young Alexander Abdulov, who recommended Martirosyan to the Lenkom theater in the capital. He worked at Lenkom for several years - from 1975 to 1979.

During this period, he began to act in films regularly.

In early roles, directors often used the actor’s external data - big growth, impressive biceps, an impassive face, small curls on a huge head, and therefore roles of the same type were offered to him. But he starred a lot and regularly.

In parallel with the film career, work continued in the theater.

In 1980 he came to the Theater of Satire. For three years, he played several roles on his stage, including Yegor (The Capercaillie Nest by V. Rozov), Vasilkov (Mad Money by A. Ostrovsky), Matthew-Coin (The Three-Penny Opera by B. Brecht).

In 1983-1993 worked in the theater. Vl. Mayakovsky. Since 1998, she has been playing at the School of Modern Play Theater. Among the best roles are: Shamraev in Chekhov's The Seagull, and Count Albafjorita in The Innkeeper. He also participated in entreprise performances. So, in the Entreprise of Alexander Abdulov, Sergei played in the play “Everything Passes”, and in the entreprise of the Moscow Guild of Theater and Film Actors, Ralph in the “Contract for the Kill” and Alfredo in “Ghosts”.