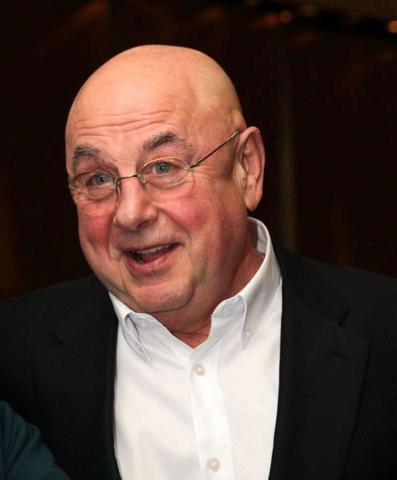 He studied at the Youth Studio at the Theater. Stanislavsky (along with Evgeny Steblov, Inna Churikova, Nikita Mikhalkov).

In 1966 he graduated from the Theater School. B. Shchukin (course of Boris Evgenievich Zakhava), worked at the Satire Theater.

In the mid-60s, starred in "Zucchini 13 Chairs" in the role of Pan Pepichek.

In 1972 he left the Satire Theater and moved to the Theater of Miniatures.

In 1973 he was charged with currency fraud (Article 88: violation of foreign exchange transactions) and sentenced to 4 years.

In 1977, after the term of imprisonment, he was accepted into the troupe of the Theater. Lenin Komsomol.

Since 1984 - in the troupe of the theater "At the Nikitsky Gate", where he played the main roles in many performances, which became the "hallmarks" of the theater. In the theater, the actor worked for almost 12 years.

He conducted the program “Tidbit” on TVC and “Big culinary trip on Channel One.

Vladimir Dolinsky played the first notable roles in the films of Mark Zakharov. The director used the best qualities of this striking actor. In the painting “The Same Munchausen” (1979), Dolinsky appeared as a pastor, and in “An Ordinary Miracle” (1978), the executioner. Both supporting roles were played by the actor brightly and with humor. However, having flashed in these films, Dolinsky again disappeared from the field of view of a wide audience.

In the early 90s, the actor finally received recognition and viewers. One of his first major works was the role of the creepy official Igor Nikolayevich in the comedy of Mark Rozovsky “Passion for Vladimir” (1990). In those same years, he played small but interesting roles in the comedy The Game for Millions (mayor), the melodrama Winter Cherry, the comedy Police Academy 7 and other films.

In 1997, Vladimir Dolinsky played, perhaps, one of the best roles - the goof-monk Goranflot in the series “Countess de Monsoro”. His hero, with his good-naturedness and clumsiness, evoked sympathy among all viewers.

From this period, directors increasingly began to invite this interesting actor. He played in the ironic series “What did the dead man say?” (Psychic), the comedy melodrama “Silver Lily of the Valley” (cook), the series “Friendly Family” (Semen Leopoldovich) and many other films and series.