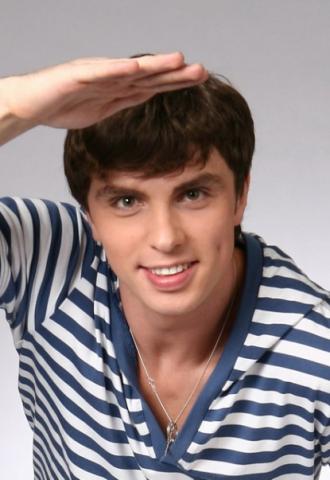 Actor of the Roman Viktyuk Theater, member of the troupe of the TV show "The Big Difference".

He received secondary education in Donetsk school number 17. He graduated from a music school in guitar. In 2005 he graduated from the Kiev National University of Theater, Film and Television named after I.K. Karpenko-Kary. In the same year he was accepted into the troupe of the theater under the leadership of Roman Viktyuk.

He made his debut in the role of Sergei Yesenin in the film "Sergei and Isadora" by N. Golikova, offering an unexpected interpretation of the image of a very young poet, direct and open to the world.

From the interview:
- Dmitry, I heard that you yourself came to Viktyuk ...
- It was so. Fate brought me to him. I have long watched his work, it inspired and attracted me. Even when I was in my second year, Viktyuk held a master class at our university. My classmates asked him questions, and I stood up and said: "Roman Grigoryevich, I will work for you." From such impudence even Viktyuk became stunned, but did not become indignant and calmly replied: “We'll see, young man!” Then, while I was studying, classmates tormented me: “Well shaw, Viktyuk took you, don’t you?” - says Dima in Ukrainian (these are not Ukrainian idiots). - I answered: wait, he’ll take it again, and then, when I was already enrolled in the theater staff, I still didn’t tell anyone about it - I was afraid to jinx it. I believe that I was lucky because I was at the right time in the right place - Roman Grigorievich was looking for his Yesenin, I wanted to see a not stamped face in this image, but I was just graduating from the university. Usually Viktyuk takes to the theater only graduates of his course.