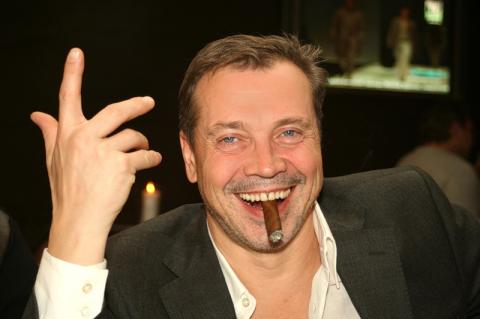 In 1980, Vladimir Zaitsev graduated from GITIS with a degree in drama theater and film actor (course by V.A. Andreev).

Since 1978, the actor has been playing at the Moscow Drama Theater. M.N. Ermolova. One of the first Yermolov roles was the role of Kai (Kei) in the children's play of the director Faina Verigina "The Snow Queen". Currently, Vladimir Zaitsev is the leading actor of this theater, where he participates in the play "Photo Finish" (Sam Fortieth) of the current repertoire.

The actor is very flexible, dances beautifully, plays the guitar, has good vocal skills, writes poetry and prose. He voices commercials (Samsung and others). His voice is spoken by many characters of various foreign films, animated films and computer games.

Vladimir Zaitsev played more than 60 roles in film and television, including in the television satirical magazine "Wick", the screenwriter of one and the director of about ten stories of which is himself.