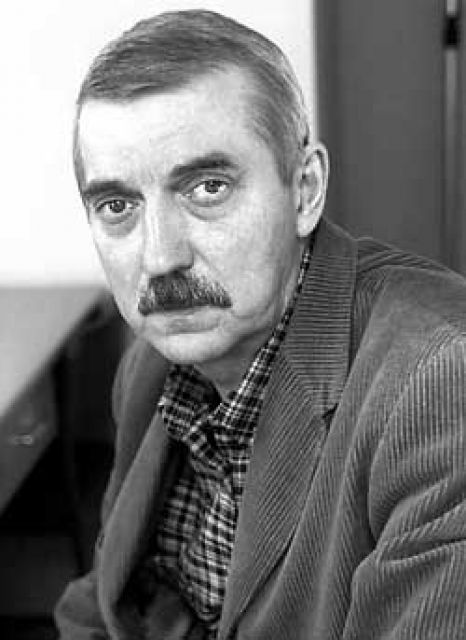 Honored Artist of the RSFSR.

Evgeny Kindinov was born in Moscow. His mom was a housewife, and dad was a retoucher. As a child, Eugene did not think about the profession of an actor. The boy was very fond of geography, collecting stamps and dreamed of becoming a traveler.

As Yevgeny Arsentyevich himself admits, there was a time when the street dragged him on. To free him from evil influence, his sister after another fight literally by the hand took him to the theater circle of the House of Pioneers. At first the boy decided that he would stay there no more than a week. But the teacher Alexandra Georgievna Kudasheva was able to infect him with love for the theater, and this week lasted a lifetime ...

After graduation, Eugene entered the School-Studio. V.I. Nemirovich-Danchenko at the Moscow Art Theater. He got on the course to a wonderful teacher Viktor Karlovich Monyukov, to whom he is grateful to this day.

There, at the Moscow Art Theater School, Eugene met his future wife, Galina. Until now, they are together, and recently, in addition, they got married. In 1986, they had a daughter, Daria. She did not follow in the footsteps of her parents - she studies at the Moscow State Institute of International Relations, at the Faculty of International Law.

The first serious test of Eugene was the role of Vaska Ashes in the play “At the Bottom”. His partner was the famous actor Alexei Gribov. They say that at first Gribov disliked the young actor. But then the relationship improved, and Alexei Nikolaevich played an important role in his formation as an actor.

Once there was a curious incident that was remembered by Eugene for life. He recalls: “There is a scene in the play where Ashes strangle Luka. At the premiere of excitement, I grabbed Gribov so that I nearly strangled it for real. True, it immediately became clear that my partner, although aged, was a strong man. And in the interval, the make-up artist comes to me: “Please, go to Alexei Nikolaevich!” “Are you crazy? - the famous artist attacked me. - It's still a scene, not a life. And if you need to kill along the way, will you kill? ”I remembered that a profession is a profession.”

Following the role of Vaska Ashes, the role of the Sailor in the play “Kremlin Chimes” followed. At the same time, Kindinov appeared in other performances in the crowd, playing various servants, blacks. In The Three Sisters, he was the thirteenth officer, and in the first act behind the curtains he whistled a nightingale. At the same time, he liked to play any roles, and he considered nothing shameful for himself.

The first work in the cinema

In the movie, Yevgeny Kindinov made his debut in 1968, starring in the crowd in the political film “Dead Season” by Savva Kulish. In the same year, his first major role took place. In the psychological thriller Manos Zaharias "The Punisher" he played the Greek soldier Vengelis, who receives a dismissal for shooting a man. But this dismissal does not bring joy to his hero, since a soldier is tormented by conscience all day.

Two years later, Kindinov played the young radiologist Zhenya in Pyotr Todorovsky’s melodrama City Romance. Then came the roles in the melodramas of Nikolai Moskalenko “Young” and Eduard Gavrilov “On their own”, the film-tale of Yuri Tsvetkov “Spring Tale” and other paintings. Gradually, Eugene Kindinov became a famous actor.

But the real success of the actor was waiting after the release of Andron Konchalovsky’s film “Romance of Lovers”. This film, for a number of external and internal circumstances, was very derogatoryly criticized. In the "cinema environment" he received the biting nickname "Cherbourg tanks", because he tried to combine, in the opinion of many, the incompatible aesthetic of the "Cherbourg umbrellas" by the Frenchman Jacques Demy with a typical Soviet epic saga. The picture combined poetry and prose, the loftiness of feelings and the earthlyness of the actions of wilted, disbelieving heroes in love.

The plot of the picture was simple. Hero of Evgeny Kindinov Sergey Nikitin during a military training falls on a deserted island. The authorities, confident in his death, report this to their homeland. His girlfriend Tatyana (Elena Koreneva), learning about this, suffers greatly. But you have to live ... When Sergey returns, it turns out that Tatyana is already married to another.

Says Evgeny Kindinov: “The picture was difficult in terms of technology. The role in this film required from me at that time more strength and skill than I had. Today you need to organically learn the text and read it in front of the hidden camera, and then everything was different.

We shot a lot of material. And in fact the role was unusual. “Romance of Lovers” is not a drama or a melodrama. Eugene Grigoriev wrote a script that no one took up: they did not know how to approach.

Our victory, and that was exactly so, was obtained by sweat and blood. In many ways, the film "Romance of Lovers" was experimental. For the first time, for example, in a movie, the heroes spoke in "white verse." For the first time, quite frank love scenes were shown, which they could not even think of then. ”

The controversy surrounding the picture only fueled public interest in it. In 1974, she gathered 36.5 million viewers, taking the tenth place at the box office, and won the Crystal Globe Grand Prize at the Karlovy Vary International Film Festival.

Eugene Kindinov's “Romance of Lovers” brought popular fame. Flows of letters from fans began to come to him, he was stopped on the street to get an autograph. Numerous fans liked in his hero Nikitin the ability to feel deeply, recklessly love.

In the 70s, Evgeni Kindinov was one of the most popular young actors. Viewers enjoyed watching films with his participation. Tall, handsome, temperamental, he immediately attracted their attention. At the turn of the 70s and 80s, he starred in the detective Eugene Tatarsky “Golden Mine”, the film novel Gerald Bezhanov “Urgent Call”, the spy detective Veniamin Dorman “Return of the Resident”, and the melodrama “Citizen Nikanorova is waiting for you. Together with his wife Galina Kindinova, he played in the television series Vladimir Dovgan “Talent”.

Frankly, not all of his many paintings were masterpieces. By his own admission, there were more than one passing role in his biography, which he would have refused today. But at the same time, Kindinov never played bad roles because of money. “Lack of money is not a wallet state, but a state of mind. They didn’t offer me a lot of money. There were passing pictures in my biography. But it was precisely my illegibility, and not selling myself as a material, ”the actor admits.

Already from the mid-80s, Kindinov was less and less invited to take pictures, a period of cooling spectator interest began. It is only natural that the actor was very worried then. Kindinov found salvation in the theater, which he considered and continues to consider his main work.

Currently, Evgeni Kindinov continues to work at the Chekhov Moscow Art Theater, where Galina Kindinova also plays by the way. He takes part in the performances: "Antigone", "New American", "Christmas Daydreams", "Violin and a little nervous", "Artist descending the stairs."

In 2003, Evgeni Kindinov starred in the series Detectives 2, where he played the villain. When asked how it worked on television, he replies: “With more responsibility than before. Now, after all, they work not for fear, but for money, therefore, more quickly, less time is wasted. But in general, I usually refuse TV offers - with the exception of offers from the Culture channel. Here I agreed, because the director was my friend ”(note - Dmitry Brusnikin).

One of the last works of the actor in the movie is the role of Kamenev in the series "Children of the Arbat".