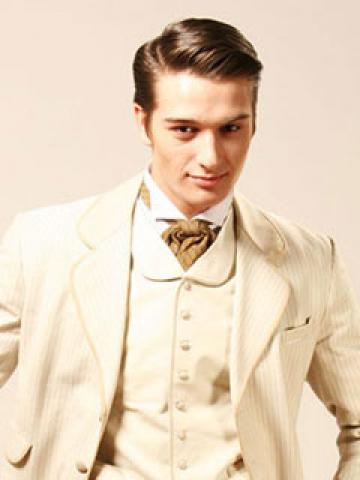 Stanislav Bondarenko was born in the city of Dneproprudny, Zaporizhzhya region. Until the age of eleven, he lived in Ukraine, and then moved to Moscow with his family. The boy had a variety of interests - he was engaged in ballroom dancing and karate. But he just did not think about acting.

After graduating from school, Stas decided to enter the Moscow Aviation Institute, but then changed his mind. And then a case intervened in his future plans. Together with a dance studio, Stanislav performed in the evening theater of GITIS. One of the artistic directors of the institute drew attention to a talented young man and invited him to come to the audition. Soon Stanislav became a student of GITIS ...

Stanislav Bondarenko learned the secrets of acting in the workshop of Teplyakov and Chomsky. He took his studies very seriously and therefore very soon became one of the best students of the course, for which he was awarded an increased mayoral scholarship.

Until the third year, Stanislav Bondarenko did not act in films. He went to the casting of the series “The Talisman of Love” on the advice of his agent, and to his surprise was approved for one of the main roles. Apparently, the beautiful appearance of the actor and his boundless charm affected. At least, it was these qualities that were necessary for the hero of Stanislav - the careless, carefree and charming womanizer Pavel Uvarov. Not surprisingly, it was after this series that the actor acquired a huge army of fans.

GITIS Stanislav Bondarenko graduated in 2006 and was then admitted to the Theater. Moscow City Council. As expected, on the stage of his role became a hero-lover. At the same time, the actor plays without undue pathos, naturally and organically embodied in the proposed images: Renzo in “The Betrothed”, Zbyshko in “The Moral of Lady Dulskaya”, Marcello in “Sons of His Mistress”.

After the “Talisman of Love”, Stanislav Bondarenko did not have a shortage of offers to act in films. In 2006, the actor happened to star in the film Nana Dzhordzhardze and Irakli Kvirikadze "From Flames and Lights", where he played Nikolai Martynov, the killer of the great poet Mikhail Lermontov. Bondarenko created the image of a handsome, bold, physically strong, but at the same time arrogant young man. Such, as a rule, are successful in women and often come into conflict with other bright personalities. What happened between Martynov and Lermontov ...

Each new work in the cinema added to Stanislav Bondarenko an already considerable number of fans. How could such heroes as: Denis from the series “Captain's Children”, Victor Zavyalov from the drama “Sin”, Mikhail Volobuev from the series “Trap” ...

In 2008, Bondarenko starred in the role of Mark Gorin in the series "Provincial". I must say that initially in the script his hero was described as an infantile blockhead. As a result, the image turned out to be much more interesting. Stanislav played the witty, good-natured son of wealthy parents, accustomed to easily get everything from life. When love breaks into his life, she changes the hero, awakening in him such qualities as responsibility and determination ...

Stanislav Bondarenko says that he is a romantic by nature: “I can watch for my beloved and invite her to an unusual place, unexpectedly present her with an expensive gift or an immense bouquet of red roses, cover her with compliments and kisses. Passion is in my blood. ”

With his future wife, Julia Chiklieva, Stanislav met in the early 2000s. Julia, who was then engaged in the Sochi Fashion Theater, came on tour in Moscow, and Stanislav studied at GITIS. Here, in the training theater, they met. However, then Stanislav lost Julia’s phone number and met her again by accident: at the birthday of a mutual friend (Julia came to enter the Moscow Finance Academy then). This time he was not taken aback and began to persistently look after the girl he liked. In 2008, they officially got married ...