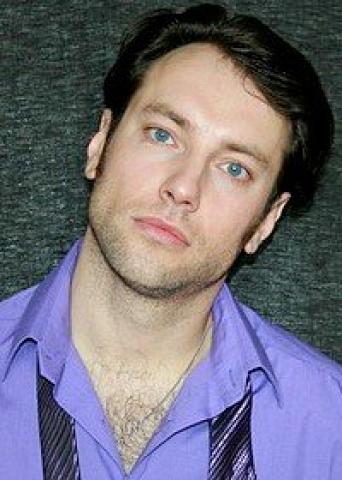 It seemed that nothing in Andrei Finyagin’s childhood foreshadowed that in the future he would become an actor. His dad is an honored teacher, defectologist, and his mother is an engineer, worked at a research institute. Andrei himself was involved in sports and a little ballroom dancing. But the love for the theater arose precisely then, in childhood. And his mother instilled in him this love, who adored the scene.

In the tenth grade, Andrey Finyagin enrolled in a theater circle. The scene captivated the young man, and at the end of school he decided to enter the theater. Wanting to insure himself in case of failure, he simultaneously attended preparatory courses at Moscow State Pedagogical University, and at Moscow State University. However, nothing happened. In 1995, he entered both the Shchepkinskoye College and the Moscow Art Theater School. He chose his choice at the Moscow Art Theater.

Andrei had a chance to study with the famous Oleg Nikolaevich Efremov. Student years .... Probably, they were usual for a student of a theater university: study without days off, part-time work at the “Christmas trees”, the first roles on the stage. A happy, unforgettable time ...

In 1999, after graduation, Andrey Finyagin, among other graduates, ended up in a youth studio organized by Oleg Nikolayevich Efremov at the Moscow Art Theater. The young actor played roles in the performances: “The Seagull” (Treplev), “Forest Song” (Lukash), “And the light shines in the darkness ...” (Mitrofan Ermilovich), “Juliet and her Romeo” (Tybalt), “The Indian Kingdom "(Young worker) and others.

In May 2000, Oleg Nikolaevich passed away. In his place came Oleg Pavlovich Tabakov. Over the course of the year, he watched a youth studio, after which he came to the conclusion that it should be dissolved. Andrei Finyagin had to look for a new job.

At the Moscow Theater of Young Spectators, Andrei Finyagin happened to see the production of Kama Ginkas's “Black Monk”. He really liked the performance, and soon he found out that the theater needed an actor of just his type. Andrew came to the show and was accepted into the troupe.

The starting point in the movie for Andrei Finyagin, in his own opinion, was the main role in David Keosayan's film “Lover”. Prior to that, the actor’s assets were only supporting roles (Oleg in the thriller “The Shrew Target”, Andrei Storozhev in the series “On the Corner of the Patriarchs-4” and several others). In “Mistress”, Finyagin played the role of Felix, lover of Elena Anurova (Irina Rozanova). The game of the young actor, his charisma was highly noted by both the audience and critics.