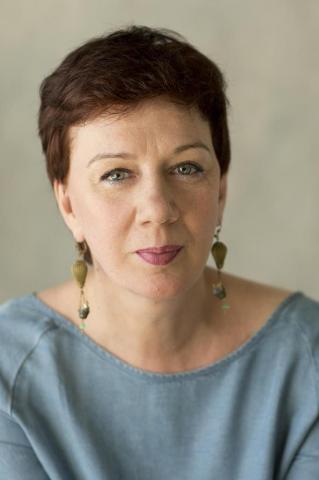 She graduated from the Theater Academy in Minsk. Then she moved to Leningrad. From 1988 to 1990 - actress of the Leningrad theater-studio "People’s House" under the direction of Ilya Rakhlin.

She starred in such directors as Igor Maslennikov, Jerzy Hoffmann, Alexey Balabanov, Alexey Kozlov, Alexander Khvan and others.

Having received a diploma of secondary education, Olga went on a difficult voyage called "mastering the acting craft." In 1987 she graduated from the Theater Department of the Belarusian State Academy of Arts (workshop of G. Volkov).

Upon graduation, Olga Kirsanova-Miropolskaya returned to her native Leningrad, where she lives and works to this day. For many years, the artist has been collaborating with the Art Peter Theater Association.

For her creative biography, Olga created many vivid, diverse characters on the stage: this is the energetic, domineering Margarita Khobotova in Pokrovsky Gates, staged according to the famous play by Leonid Zorin, and the charming Ellen in the enchanting comedy directed by Nikolai Schneider "Ai Love Yu".

However, the finest and most brilliant work of the artist was the role of the great Faina Ranevskaya in the play “The Lonely Mocker” created by Honored Artist of Russia Lev Shimelov based on the play by Lyon Izmailov and Alexei Tsapik. The production was timed to coincide with the 120th anniversary of the birth of the domestic "Queen of the second plan."

The plot of "The Lonely Mockery", despite the internal drama, is quite simple. The young actress gets to Faina Georgievna under the guise of a housekeeper and gradually becomes for Fufa the most important person in life. She takes care of Ranevskaya, brightening up her loneliness. And as a legacy from the great artist she receives her only true wealth - the profession.