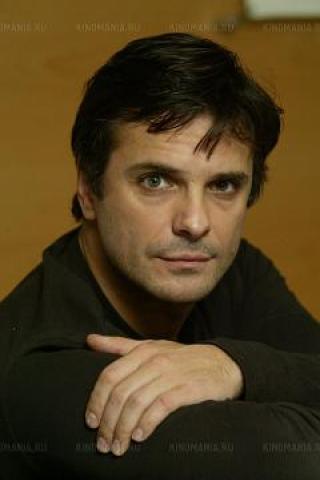 After serving in the army in 1989, he entered the acting department of the Voronezh Institute of Arts, where he met a classmate and future wife Victoria Adelfina. They have a daughter, Maria.

In 1995 he graduated from the Voronezh Theater Institute. From 1993 to 1996 - actor of the Voronezh Chamber Theater.

After moving to Moscow in 1999, he changed his surname to a more harmonious maiden name of his mother - Astakhov. He worked in theaters "Et Cetera", "Satyricon." In 2009, he accepted the invitation of the artistic director of the Moscow Drama Theater. K. Stanislavsky Alexander Galibin to play the role of Hector in the new production of “There Will Be No Trojan War” based on the play by Jean Giraud. Also plays Robert in the entreprise "Do not wake a sleeping dog" (based on the work of the English playwright John Boyton Priestley), directed by Olga Shvedova.

Laureate of the theater prize "The Seagull" in the nomination "Fatal Man" (2001).