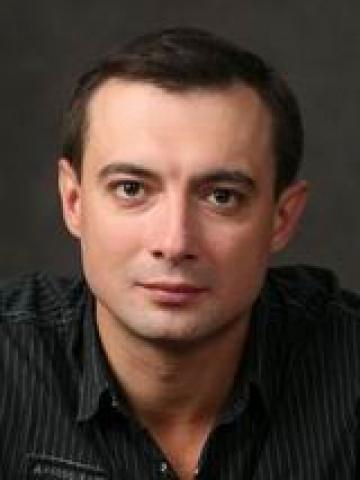 Alexander Khovansky graduated from the Moscow Art Theater School in 1997. While still a student, he began to rehearse the role of Petya Trofimov in the play “The Cherry Orchard” of the Sovremennik Moscow Theater. After graduation, he was accepted into the troupe of this theater. Among the works on the stage: Rode (“Three Sisters” by Chekhov), Head of the Secret Police (“Once Again about the Naked King” by Leonid Filatov), ​​Pyotr Verkhovensky (“Demons” by Dostoevsky), Arman Duvall (“Lady with Camellias”), Nim ( Shakespeare's “Windsor Mockers”), Robert Lokamp (“Three Comrades” by Remarque), Serega (“Go away, go away!” By Nikolai Kolyada), Hatcher (“Sweet-voiced Bird of Youth”).