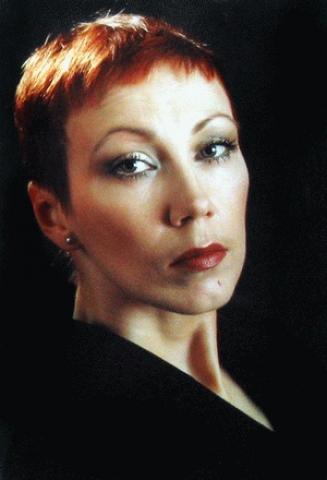 Honored Artist of the Russian Federation (2010).

In 1980 she graduated from GITIS. A.V. Lunacharsky, workshop of V.A. Andreeva. In the diploma play “Cruel Intentions” she played Masha, staged based on a play by Arbuzov. While still a student in 1979 she made her debut on the screen in the film play "The Whale" Seven Winds "."

In 1980-1991 - actress of the Lenkom Theater, directed by Mark Zakharov. In the 1980s, she often starred in films, playing secondary roles. In particular, she starred in the films “White Dance” (commissioner), “Limit of Desires” (Inna Chumakova), “The House that Swift Built” (Betty), “Ladies Tango” (Zina), “Marry the Captain” (Polina ), “Tutor” (Inca), “Husband and daughter of Tamara Alexandrovna” (physical education teacher). For her role in the film “Husband and daughter of Tamara Alexandrovna” she received the Prize “Best Actress” at the Festival of Young Filmmakers.

Since 1992 - in the troupe of the Theater named after M.N. Ermolova. She collaborated with Theatrical Partnership 814 under the direction of Oleg Menshikov and the independent enterprise The Independent Theater Project. Among her theatrical works: “The Marriage” of N. V. Gogol - Fekla Ivanovna, matchmaker (dir. Alexei Levinsky); "Photo Finish" by Peter Ustinov - Stella-40, wife of Forty-year-old (dir. Sergei Golomazov). She played in the entreprise: "Bachelorette Party" (producer Ilshan Mammadov); “Do not renounce loving” (dir. Tatyana Dogileva).

In the 2000s, she began acting in television series.