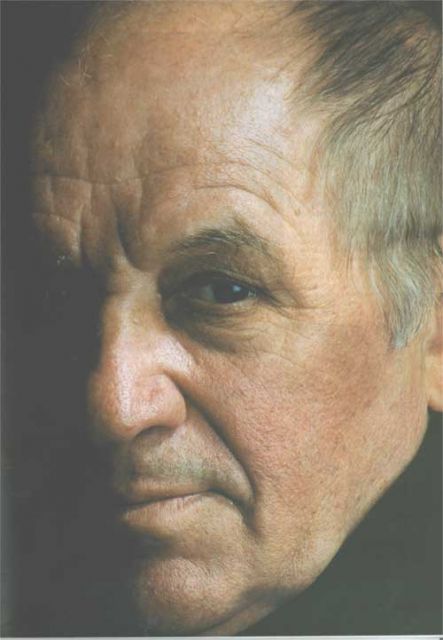 Full member of the Academy of Natural Sciences.

Two-time laureate of the International Moscow Film Festival ("The garden was full of the moon").

Laureate of the Pegasus Prize ("Would you send us a messenger?").

Lev Durov comes from the famous dynasty of Russian circus artists - trainers and clowns, he is the great-grand nephew of A. and V. Durov. But the parents of Lev Durov were not associated with the circus. Father - Konstantin Vladimirovich Durov (born in 1895), worked as a "peaceful" blaster in SOYUZVZRYVPROM. Mother - Valentina Ignatievna Durova (born in 1903), worked as a researcher in the military-historical archive of the Lefortovo Palace.

As stated in the Common Herbovik of the All-Russian Empire, "The Durovs surnames many served the Russian throne noble services and were granted estates from sovereigns in 1629 and other years. The sixth part of Gerbovik is occupied by the family tree of hereditary Durov noblemen. Durovs are in kinship with the famous Sadovsky dynasty: daughter Vladimir Leonidovich Durov, aunt Lev Konstantinovich - Anna, when she married the artist of the Maly Theater Prova Mikhailovich, began to bear the name Durov-Sadovskaya.

Lev Konstantinovich’s childhood passed in the Moscow district of Lefortovo. Parents Konstantin and Valentina Durov had a hard time with their son: the son received deuces and constantly fought. Several times he was even expelled from school. But father never scolded Leo. The maximum that he was capable of was not to talk with his son for several days. “True, it would be better if he cursed,” recalls Lev Durov. “His silence was the worst punishment, because I respected him very much.”

The Durov family lived in the Lefortovo Museum - in the Catherine’s stable. “The rooms, probably in their past“ life, ”were stalls,” recalls Lev Konstantinovich. “They looked strange: long, narrow, like a pencil case. And one more vivid childhood memory: one toilet for forty communal apartments.”

Leo was not the only child in the Durov family. "Fashion" for one child appeared in our country a little later. So his parents had three children. Leo is an average child - and two daughters.

During the war, he extinguished lighter bombs on the roof with the boys, performed in military hospitals, raising the spirits of the wounded: at the same time he sang, beat the tap dance and did not forget to make faces more fun so that the wounded would have more fun.

In his school years, Lev Durov studied in a drama studio in the Palace of Pioneers of the Bauman district, where S.V. was his teacher Sierpinski. Then he entered the Moscow Art Theater School when he was recruiting a course of Georgy Avdeevich Gerasimov and Sergei Kapitonovich Blinnikov. Taught on the course all the old members of the Moscow Art Theater: Toporkov, Masalsky, Karev, Raevsky and, of course, Blinnikov himself. Durov was one of his favorite students.

In 1954, after graduating from the Moscow Art Theater School, the director of the Central Children's Theater, Shakh-Azizov, invited Durov to work in his troupe. He agreed and in September came to the first troupe meeting in his life, where he met with A.V. Efros, with whom he later did not part for almost 27 years. At the Central Children's Theater, he worked for about 10 years. How many roles have been played! And what! Lev Durov played a wide variety of roles - from burdock, cucumber or clouds to Fedor in Boris Godunov.

In 1955, V.S. Rozov wrote his comedy "Goodnight" and brought it to Efros. Since then, the playwright remained faithful to the children's theater and brought all his plays there: "In Search of Joy", "Unequal Battle", "Before Dinner" ... Durov was busy in all these performances, which brought him great creative pleasure.

In 1967, Efros was offered to go to the theater on Malaya Bronnaya and take 10 artists with him. And again, Durov left with him. Here he works to this day.

As you can see, the theatrical fate of Lev Durov is inextricably linked with the work of A.V. Efros. Lev Konstantinovich created a whole gallery of impressive images in the performances of the outstanding Soviet director: Tybalt in "Romeo and Juliet" by W. Shakespeare, Chebutykin in "Three Sisters" A.P. Chekhov, Iago in "Othello" by W. Shakespeare, Zhevakin in "Marriage" N.V. Gogol, Nozdrev in "The Road" by N.V. Gogol, as well as in performances. "Tribunal" A. Makaenko, "Whose are you, old man?" B. Vasiliev and others. The image of Sganarelle created by him in the theater in "Don Giovanni" J.-B. Moliere received worldwide recognition at the theater festival in Yugoslavia.

Gogol’s famous “Marriage” was represented at the festival in Edinburgh. Then, in one of the reviews in the local newspaper, in addition to all the flattering epithets, Lev Konstantinovich was called a "tragic clown." The author wrote that this performance is worth seeing if only because the "tragic clown Lev Durov" is engaged in it. The actor considers this title to be the highest, most honorable.

Now Lev Durov, in parallel with his work in his theater, takes part in the performances of the School of the Modern Play directed by Joseph Reichelgauz.

After graduating from the Higher Director's Courses, Lev Durov became a stage director. On Malaya Bronnaya, he staged the performances “Indictment” by N. Dumbadze, “Curtains” by M. Vorfolomeyev, “Cruel Intentions” by A. Arbuzov, “But Still It Turns” by A. Khmelik, “Cinderella” by E. Schwartz, “Veselchaki "N. Simon," Xanthippus and this one as his ... "S. Aleshin," After the Benefit "by A.P. Chekhov, "Jews of the City of St. Petersburg" A. and B. Strugatsky, "Forest" A.N. Ostrovsky, "Oginsky Polonaise" N. Kolyada. Not so long ago, he released a bright, festive performance "Road to New York" by L. Malyugin - a story full of music and dance about the adventures of the daughter of an American millionaire. The recent premiere is a contemporary play by N. Voronov, "Passion for Torchalov."

In the movie, Lev Durov began acting in 1954 and has currently played more than 160 roles. In his first film, Good Morning, he played the role of assistant excavator. In the film "Guest from the Kuban" he was an assistant to the combine operator. Then he appeared in the image of a policeman .... The actor fell into such an orbit where he played, as he calls them, "in semi-color, semi-artistic, semi-musical films", and played for quite some time, until one day M.I. Romm did not take him to the film "Nine Days of One Year." This was the beginning of his serious film career.

Each character of Lev Durov is individual and original, although invariably carries a unique intonation, his human eccentricity, his temperament, his special look at the world around him. It is no coincidence that participation in such films as “Leap Year” (1962), “I'm Going to Search” (1966), the television movie “The entire Royal Army” (1971), “Seventeen Moments of Spring” (1973), “Kalina Red” ( 1974), "Ksenia, Fedor's beloved wife" (1974), "Open Book" (1974), "Last Day of Winter" (1975), "Strange Adults" (1974), "Armed and Very Dangerous", "Success", “Three Musketeers”, “Stories of Zoshchenko”, “Farewell to Mater”, “Bumbarash”, “Nose”, “Thirty-fourth ambulance”, “Village Stepanchikovo and its inhabitants” and many others brought the actor genuine popularity and love of the audience. Lev Durov is a favorite of millions of viewers, a cheerful, cheerful person who always has mischief brought from childhood and even hooliganism.

His friend Vladimir Kachan very accurately said that "the geography of his title - the people's artist of the USSR - formally narrowed to the size of Russia, but actually expanded. Because he is still a national artist of Belarus, Ukraine, Kazakhstan, the Baltic States, and Israel , and the United States, and all other countries where they love and remember the artist Durov, the dramatic clown, the bully, the joke, his peasant on the board for all segments of the population, and therefore - absolutely national artist.

Most of the artists in everyday life are absolutely helpless people. Just like children, they don’t know anything ... However, these words are not about Lev Durov. From childhood he was accustomed to farming. Knows how to cook, and the so-called male housework is not shy. And when he was younger, he liked to cut wood. He made furniture.