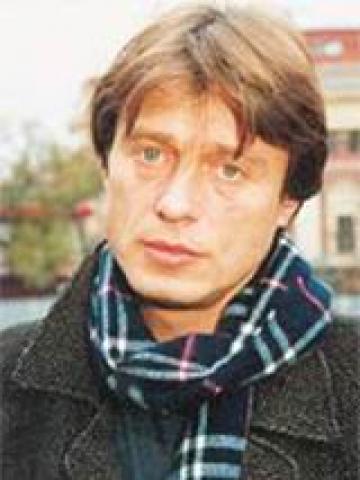 Laureate of the Prize for Best Actor in the festival “Vivat, Cinema of Russia!” (2001, for the film “Envy of the Gods”)

Anatoly Lobotsky was born in Tambov in a very progressive family for that time. Parents knew firsthand what yoga, sprouted grains of wheat, "barefoot in the snow." Anatoly's father worked as a journalist, and his mother a librarian in the Naryshkin library. Here, among the books, Anatoly's childhood passed.

At school, Anatoly loved chemistry and geometry, was fond of sports, and did not even think about becoming an actor. All the more unexpected was his decision to enter the directing department of the Tambov branch of the Moscow State Institute of Culture ...

From directors to actors

By the end of his studies at the Institute of Culture, Anatoly realized that he wanted to try himself as an actor. In his opinion, a real acting school could only be obtained in Moscow, therefore, having graduated from the institute in 1979, the young man moved to the capital.

In Moscow, Anatoly Lobotsky entered GITIS, where he studied with wonderful teachers - Mark Anatolyevich Zakharov and Andrei Alexandrovich Goncharov. Goncharov and invited Anatoly in 1985 after graduating from GITIS in his theater.

On the stage of the Moscow Academic Theater. Mayakovsky Lobotsky debuted the role of Sergei in the play "Lady Macbeth of Mtsensk". He recalls: “This was my first major theatrical work in an already famous play where stars played. My partner, for example, was Natasha Gundareva. ”

The role of Sergei Lobotsky played for ten years. During this time he became one of the leading actors of the theater. Mayakovsky. Among his most famous works are roles in performances: "Fun of Don Juan", "Children of Vanyushin", "Victim of the Century", "How Do You Like It".

Cinema. A long way to fame

For a long time, Anatoly Lobotsky was known only to the theater public. The actor always preferred the theater to cinema (and even more so to television series), and therefore was rarely shot.

In the 90s, he appeared on the screen in one of the first Russian series - "Little Things in Life." As Anatoly Anatolyevich himself admits: “Honestly, I went there out of curiosity, because it was one of my first experiments on television. Well, because of the money ... ”Later, Lobotsky played a small role in the adventure drama Olga Marchenkova“ Kill the Lyceum ”.

An unexpected turn in the actor’s life took place in 2000, when the director, Vladimir Menshov, invited him to the main role in his film “Envy of the Gods”, an already elderly and practically unknown actor.

It was originally assumed that the role of the forty-year-old French journalist Andre will be played by another actor. The name of the famous French actor was called, under which, in fact, the script was written. But he could not take part in the filming, and then quite by accident they found through the acting agency Anatoly Lobotsky.

Anatoly Anatolyevich recalls: “Why Menshov chose me - you need to ask him. Apparently, he saw something in me that suited him, and I am very happy about it, working with him was not only a great honor, but also a pleasure. ”

The film, telling about the love of a French journalist and an elderly Muscovite (she was played by Vera Alentova) caused a great resonance, both among professionals and ordinary viewers. Millions of people unexpectedly discovered a charming, intelligent, subtle, stunningly beautiful artist.

After the premiere of the film “Envy of the Gods,” Vladimir Menshov in an interview said: “Our movie was overlooked by the talented actor Lobotsky. It’s hard for me to name the reason why this happened. The appearance of such a hero-lover in our country is a real rarity. Unfortunately, I don’t presume to predict his future, because now people practically don’t go to the movies. ”

Fears were in vain. The interest of directors in the person of Anatoly Lobotsky has increased many times. In 2001, he starred in several TV shows. In the series of Vsevolod Shilovsky "People and Shadows", the actor played the tax inspector, in the series "On the corner at the Patriarchs-2" - the investigator

One of the last works of the actor is Pietro in the Ukrainian series “She-wolf”.

Currently, Anatoly Lobotsky is married to actress Julia Rutberg. From the former wife of Olga Ibragimova, an actress by training, Anatoly Anatolyevich has an adult son who lives in Barnaul.