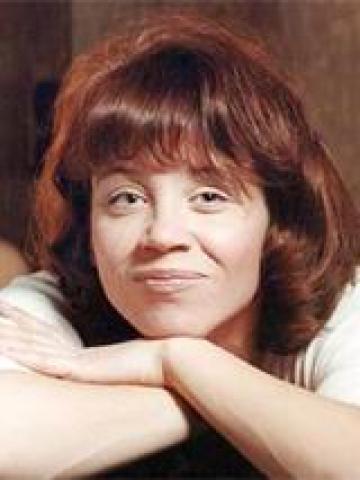 Born 11/28/1964, pos. Burles of the Komsomolsky district of the Kustanai region

Svetlana Pismichenko received her acting education at the Leningrad State Institute of Theater, Music and Cinematography, in the course of the People's Artist of the USSR and Russia, Professor I.P. Vladimir Vladimirov. In 1986, after graduating from the institute, she, at the invitation of Vladimirov, came to the Lensovet Theater.

In the Theater. Lensoviet Svetlana got the role of travesty and engineering. Being a bright, talented and extraordinary personality, she significantly expanded the scope of these roles. Her heroines can not be confused with anyone. The Kid from the play “Toddler and Carlson, who lives on the roof” was especially fond of the theater audience - a pretty, sad and terribly lonely, ready to give Carlson “all the sweets of the world”.

Her quiet, fragile Sana in “The Face” and cunning, spattering tongue twister, Tuanet in “The Imaginary Sick”, joyful Luchetta in “Samodura” and the tragic Juliet Mazina in “Nights of Cabiria” did not pass the attention of the audience. Unforgettable images were created by the actress in the performances: “Carousel according to Mr. Freud” (Sweet girl), “Dog’s heart” (Vyazemskaya), “Good man from Sichuan” (Shen De - Shoy Yes), “Jokes Ptushkina” (Alla) , “In a Lively Place” (Annushka), “Three-Penny Opera” (Lucy), “When the Sleeping One Wakes Up” (Lyubanka), “The Snow Queen” (Gerda), “The Trap” (Ottlya), “Talents and Fans” (Smelskaya) and many others. In recent years, Svetlana Pismichenko has been involved in the performances: Vladimirskaya Ploshchad, Queen of Beauty, The Last Victim, Invitation to the Castle.

In addition to the Theater. Lensoviet actress took part in the performances of the Academic Theater of Comedy, the theater "Shelter of Comedians", "White Theater" ("Nora"), "Theater-House" ("Two Others" and "Supnitsa"), as well as the Russian Entreprise Theater named after A. Mironova ”(“ Hay Fever ”,“ Midsummer Night's Dreams ”and“ Puchina ”).

As the film actress Svetlana Pismichenko opened to a wide audience, director Alexei Balabanov. In 1993, he invited her to the main role of Frida in his painting “The Castle” (based on the work of Franz Kafka). The actress recalls: “Then Danka was just born to me, I came to the test so exhausted, I lost weight, and Lesha Balabanov, I must say, likes such not-so-blooming women. They shot it very interestingly: as always, there was not enough money, films, so many shootings took place in the pavilion. In this picture I met Vitya Sukhorukov, Anvar Libabov. Then we all went to Kinotavr, and I felt like a real star: everyone came up and said how much they liked the film and my work. ”

A few years later, Svetlana Pismichenko reappeared on the set of Alexei Balabanov. The director entrusted her with the role of Sveta tram driver. The main roles in the film were played by a longtime acquaintance of Svetlana Viktor Sukhorukov and Sergey Bodrov, about which the actress subsequently spoke with great warmth as a very intelligent, intelligent and subtle person.

The "brother" of Alexei Balabanov became a cult picture, bringing performers popular fame and love. Since then, speaking of Svetlana Pismichenko, they first and foremost invariably recall her heroine from this film. By the way, on the set Svetlana really learned how to drive a tram, and now she half-jokingly says that if she ever has to leave the theater, then she will not be left without work.

In the new century, Svetlana Pismichenko began to appear more often on the screen. She repeatedly starred in various roles in the so-called "Cop" series ("Streets of Broken Lights" and "Lethal Force"), and played a major role in Ramil Salakhutdinov's film "Circling Within the Circle".

An unexpected image was created by the actress in the painting by Marina Razbezhkina “Yar” (based on the eponymous novel by Sergei Yesenin). Her heroine was the killer who strangled an elderly woman. Svetlana Pismichenko admits that she agreed to play this role only by receiving a blessing: “... otherwise it is impossible to exist in our profession, we do very subtle and serious things at the energy level, and it is very important that the artist does not carry what is not needed. Otherwise, it’s like a virus will go to the viewer and will spread further and further. It seems to me that an unbelieving artist can misunderstand something in life and in his profession. If you do not have humility, some kind of human wisdom, it is very easy to sink to the bottom or even die. "An artist should strive to ensure that his soul is clean, only then he has the right to say something to the viewer."

In 2008, fate once again brought Svetlana with Alexei Balabanov. This time she played Pelageya Ivanovna in the film "Morphine".

Svetlana Pismichenko is married. She has two children.