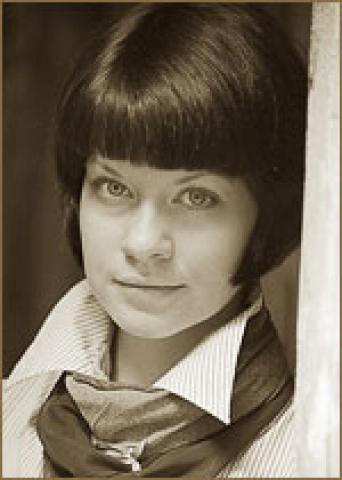 Born on April 27 in Leningrad.

She graduated from SPGATI in 2004 (course of VB Pazi) and was accepted into the troupe of the Lensovet Theater.

She participated in the performances: “Cabaret” (Sally Bowles), “Bed for three” (Daughter of Lilith and Adam), “Barbaras” (Styopa), “Good man from Sichuan” (Niece).

Participates in the entreprise performance “Baby”.