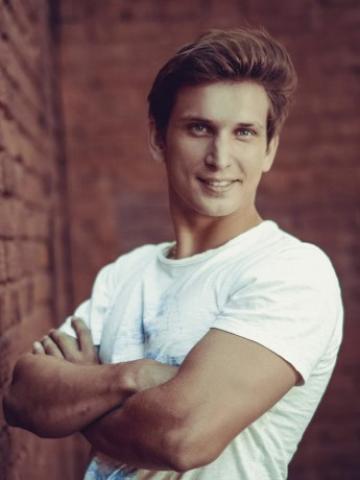 In 2009 he graduated from VTU. Shchepkina (workshop of R. Solntseva, V. Beilis).

Having received a diploma, the young man joined the troupe of the Taganka Actors Theater, where he still plays today.

It must be admitted that Dmitry Belotserkovsky, as a theater actor, is appreciated by both colleagues and spectators. The young man manages to play a variety of roles in the format, he is easily reconstructed and always on top.

Despite the fact that the star does not plan to leave the theater stage, he also starred in films. At the moment, Dmitry’s career has about three dozen roles in various projects. The debut in the movie for Belotserkovsky was the role of the paratrooper, which he played in the popular series "Daddy's Daughters", which appeared on the STS channel for several years. By the way, this was not the only rating series where Dmitry played in the episode - in the filmography of the actor also appear “Univer”, “Real Boys”, “Traffic Light”, “Dad”!