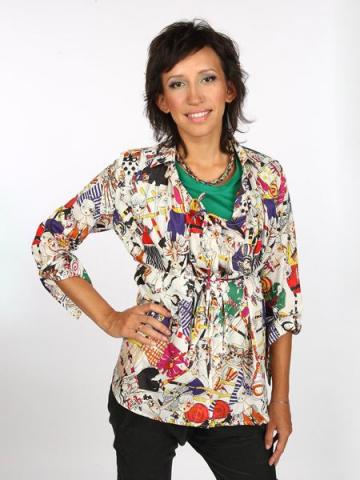 She graduated from Pyatigorsk State Linguistic University, Department of Spanish.

Since 1999, in the KVN team “Pyatigorsk National Team”.

She took part in several television programs: “Taxi” and “Eat and Lose Weight” on TNT; “Let them talk,” “Fort Boyard,” “Big Difference” on Channel One; “Good jokes”, “Thank God you have come!”, “Stories in details”, “This is my child ?!”, “Big question” on STS.

In September 2014, Elena’s video for the song “Casting” was released.