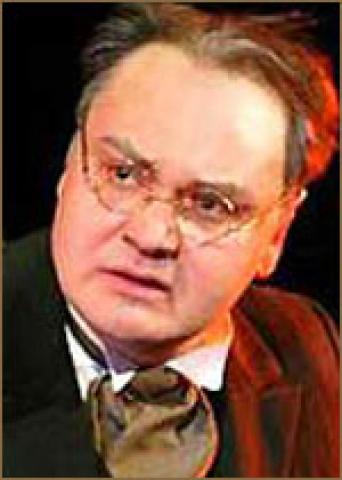 Honored Artist of the Russian Federation (2009).

He graduated from the Theater School. M.S.Schepkina (1985, course of M.I. Tsarev).

From the first class I took part in amateur performances, I didn’t even think about a theater career, but in the final year I got to Razumovskaya’s studio and went to Moscow with her guys. And he entered the Shchepkinsky Theater School, which at the Maly Theater. He studied at the course of M.I. Tsarev.

After the first year he was invited to the main role in the film "Forgive me Alyosha!" dir. I.L. Babich. In his third year, he received a role in the Maly Theater. "He played on stage next to the wonderful actors in the performance" Private "directed by B.A. Lvov-Anokhin.

After college in 1986 he joined the army - he served in the Strategic Missile Forces in Plesetsk. He returned in 1988 and was immediately accepted to the theater "On Spartakovskaya" - it was created on the basis of the Tsarevsky course (now the theater is known as "Modern" by h.ruk S.A. Vragova).

In 1990, received an invitation to a role in the long-beloved theater. Vl. Mayakovsky. The role of Rosencrantz in the magnificent play "Rosencrantz and Guildenstern are Dead" dir. E.M. Arie. From that year to this day - an actor at the Mayakovsky Theater.