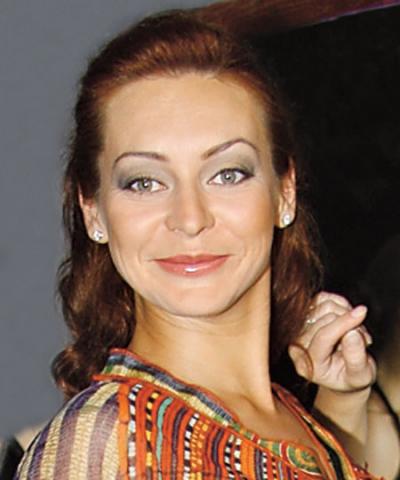 Russian and French athlete, who, together with Gwendal Peyser, won the world champion titles in 2000 and the Olympic champion in 2002 in ice dancing.

Marina Anisina was born in the family of the famous skater Irina Chernyaeva and hockey player Vyacheslav Anisin. Anisin began her sports career in tandem with Ilya Averbukh, winning gold medals at the World Junior Figure Skating Championships in 1990 and 1992. Then Averbukh elected Irina Lobacheva as a new partner, and Anisina worked in tandem with Sergei Sakhnovsky. After Sakhnovsky left for Israel, where he became a partner of Halit Haight, Anisina was forced to train for some time alone, since she could not find a suitable partner in Russia. Then, on the advice of her coach, she began to look for a couple outside the country. After watching a large number of video materials, her choice was limited to two skaters - Victor Kraatze from Canada and Gwendal Peiser from France. Having written letters of invitation to them to work together, Anisina received the consent of Gwendal Peiser and in 1993 went to France, where she lived for the first six months in the Gwendal family in Lyon. Since Peizer refused to move to Moscow and play for Russia, Anisina had to stay in France and obtain French citizenship, after which the couple was able to represent France at the Olympic Games.

Indirectly involved in a scandal at the 2002 Olympics. It was in exchange for their victory, according to the accuser, that the French judge Marie-Rhine Le Gun, who judged pair skating, put Elena Berezhnaya – Anton Sikharulidze in the first place. Marina was involved in further proceedings, in connection with her acquaintance with Alimzhan Tokhtakhunov, who was accused of bribing judges and “organizing” the victory of the French skaters at the Olympics.

After winning the Olympics and the European Championship in 2002, the Anisin-Peiser couple ended their careers and did not participate in the 2002 World Cup. Since then, the couple has performed in various shows.

In 2007, Marina Anisina took part in the RTR television show “Dancing on Ice. Velvet Season ”, where she performed together with actor Nikita Dzhigurda. On February 23, 2008, Anisin and Dzhigurda got married. On January 7, 2009, Marina gave birth to a son, whom she and her husband named Mick-Angel Krist Anisin-Dzhigurda. January 23, 2010 gave birth to a daughter - Eva-Vlad.