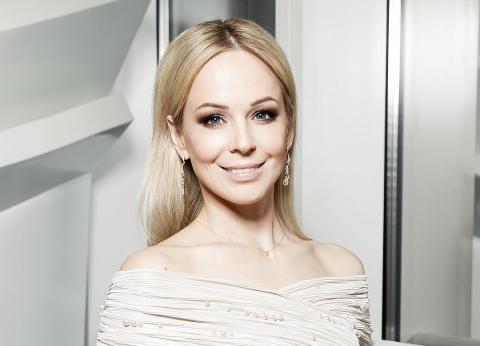 Born on August 14, 1982.
In 2003 she graduated from the Belarusian Academy of Arts, Minsk.
In 2003-2004 - Actress of the Theater of the Belarusian Army.
Irina Medvedeva - Belarusian actress, singer and TV presenter. The spectacular performer managed to prove that beauty is not an obstacle for a humorous role. On the screen, the artist gives the impression of a strong self-sufficient woman, but in life she loves to be behind a man’s back.
Films and TV
Almost immediately after entering the theater university, Irina Medvedeva began working with television. First, the girl starred in the video for the song "Yes!" disco-singer Sergei Minaev, and then began to host the Velcom SMS TOP10 show program on the First Music Channel.
In the spring of 2004, the girl participated in the reality show "Faculty of Humor" on the Ren-TV channel, reached the finals, where she was ahead of other competitors. It was on this project that Irina met people who soon invited the actress to the new comedy show “Expensive Transfer”.
Filmography
2001 - “Accelerated Assistance - 2”
2004 - Men Don't Cry
2007 - The Agony of Fear
2008 - “New Year's Tariff”
2010 - Capercaillie. “New again!” ”
2011 - Swallow's Nest
2012 - “New Year's marriage”
2012 - Good Luck
2014 - Husband of a happy woman
2015 - “Memory of the Autumn”
2017 - The Adventures of the Nutty Professor