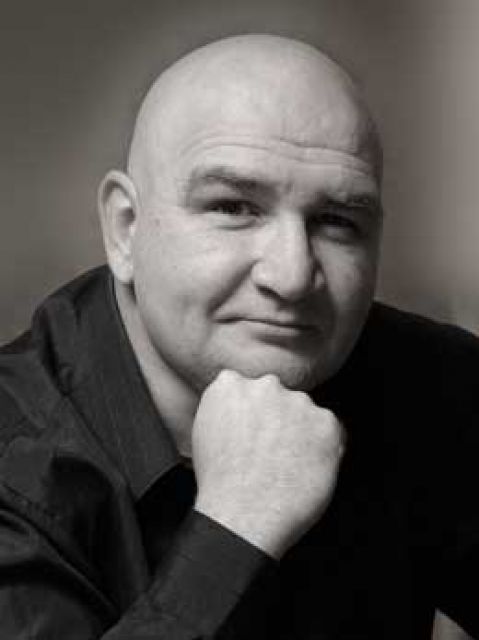 In 1980 he graduated from the acting department of LGITMiK and was accepted into the troupe of the Leningrad Theater. Lenin Komsomol.

Since 1986 - in the troupe of the Theater. V.F. Komissarzhevskaya, on the stage of which he played a number of diverse roles, although he almost immediately discovered the talent of an ostentatious actor.

Since 1989 V. Bogdanov has been creating the Chameleon Theater Studio. The artist’s energy was enough to be an administrator, a director, and an actor in one person. This was the first serious step towards popularity and a rare case of coincidence of spectator love with the love of criticism. Vivid witty performances of this theater were seen by viewers not only in St. Petersburg, but also in France, Italy, and Great Britain.

V. A. Bogdanov enthusiastically worked in the genre of literary theater, and already in 1987 he became a laureate of the All-Russian competition of artists-readers, dedicated to the 150th anniversary of A. S. Pushkin. In 1995 - laureate of the prestigious International Competition. Mikhail Chekhov, held in London.

Since 1999 V. Bogdanov - again in the troupe of the theater. V.F. Komissarzhevskaya, where he confidently and quickly won a leading position. Over the past five years, the artist has played 7 central roles. The natural power of the artist charges any space, performances with his participation become a magnetic center for the viewer. The artistic justification of the actor’s means often makes the supporting roles more significant. So, in “The Death of a Salesman” by A. Miller, directed by V. Furman, an actor in the role of Uncle Ben on a small verbal square, managed to convey the fateful to horror effect of his personality on the life and fate of the main character of the play. Often the heroes of Bogdanov suppress the will of those around him and even loved ones. The actor’s acting is based on the finest psychologically motivated analysis of the role. The mystery of his talent is the duality of charm. In his heroes, sometimes a threat lurks. In his laugh is Gogol's sarcasm. No wonder the director of one of the last theater premieres based on M. Bulgakov’s play “Chichikov” Alexander Isakov staged his play especially for V. Bogdanov. Here - a special scope for creative opportunities was realized in full. The reprizability of existence and the "soulful Bogdanovsky monologue", the comedic on the brink of a grotesque and psychological certainty are fused into a single whole. Here "fervor and emotionality ... are equally proportional to coldness and prudence." And in the courageous sorcerer Prospero from the play by Alexander Morfov on Shakespeare's The Tempest there is a fabulous lightness and gloomy tragedy from the realization of the illusory nature of existence. The actor’s range is huge. Even in the light modern comedy “The Mystifier” based on the play by I. Garuchava and P. Khotyanovsky, portraying in his hero the temptation of big money and a compromise with his own conscience, Bogdanov accurately conveys in George the transitions from ridiculous to terrible, with “external bravado and cynical readiness to become the killer. "

V. Bogdanov is a modern person. The reactivity of nature, universal knowledge significantly expanded its field of activity. It is no coincidence that the television program "Computer World", which he leads, has a high rating. The artist knows the computer world thoroughly, and here he is an ass who has mastered perfectly the profession of art designer and layout designer.

The huge popularity of the actor reached its peak when he began to act in films and on television a lot and extremely successfully. The first great success of the world level was his role as Bormann in A. Sokurov's film "Moloch". In the historical series "Empire under attack," he brilliantly played a gambling political intrigue, the leader of the Social Revolutionaries, Eno Azef.

V. Bogdanov is a talented teacher, one of the authors of a book on acting, published by the St. Petersburg Theater Academy.