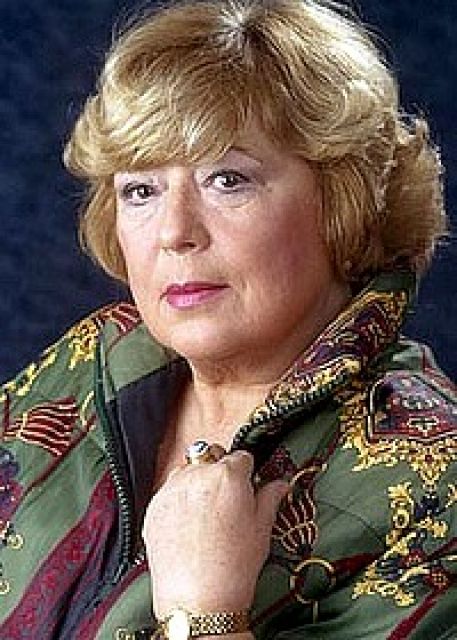 People's Artist of the Russian Federation

While still a first year student, she was invited by director Sergei Gerasimov to play the role of Dunyasha Melikhova in the famous film "Quiet Flows the Don." In 1960, she starred in the thesis of Andrei Tarkovsky - the short film “Skating Rink and Violin” (the main prize of the festival of student films in New York, USA, 1961).

1959-1962 - worked as an actress in the Sovremennik Theater, where she immediately actively entered the repertoire and played eight important roles in three years. From the very first steps in the profession, N.S. Arkhangelskaya declared herself as an actress bright and outstanding, which confirmed her entire future career .

In 1962, N.S. Arkhangelskaya moved to the theater named after M.N. Ermolova and became the leading actress of the troupe. For 45 years on this stage, she always existed in a high creative degree, playing dozens of central roles. The high professional culture, courage and sharpness of the picture, the independence of stage thinking, the ultimate infectiousness invariably distinguish the work of this actress. N.S. Arkhangelskaya once and for all won the love of the audience, the interest of the press and the theater public. For all the brightness of her personality, the actress masterfully owns the skill of reincarnation and knows no boundaries in her roles - Maria (Saturday, Sunday, Monday by E. de Filippo), Lyuska (“Running” by M. Bulgakova), Maria (“Money for Maria” V . Rasputin), Khison (“The House Where Hearts Are Broken” by B. Shaw), Borzov (“Speak” by A. Burawski), Mikhalev (“1981 Sports Scenes” by E. Radzinsky), Lady Hough (“The Ball of Thieves” by J. Anuya)?

Such roles of the actress as Madge in the play “Conway Time and Family” by J. Priestley, Kashkina in “Last Summer in Chulimsk” by A. Vampilova, Maria Shamanova in the television version of A. Arbuzov’s play “Tanya” directed by A. Efros, Milady in “ Costume ”R. Harwood, Elsa in“ Pat, or the game of kings ”P. Kohout, forever entered the golden cinema fund of the Russian theater.

The heroine P. Kohout performed by N.S. Arkhangelskaya applauded the theater audience not only in Moscow and a dozen cities of Russia, but also the audience of Ukraine, Latvia, Estonia, Germany, Israel, etc.

The roles of N. S. Arkhangelskaya invariably become an event in the theatrical life of the capital, receive an enthusiastic press, and become the subject of study for specialists. Her work is devoted to a large article by A. Kravtsov in the book “Stars of the Metropolitan Scene” (Series “Outstanding Masters”. M., “AST-PRESS BOOK”, 2002); in the book by the theater critic Vera Maksimova “The Theater of Joyful Shadows” (St. Petersburg, 2006) in the chapter “Woman of the Theater”, impressions of many stage works of the actress are collected and analyzed.

The stage temperament, the dialectic of heroic and tragic colors, the fast pace, the accuracy of intellectual analysis and the ultimate emotional infectiousness of the actress make each of her stage images vivid, voluminous and memorable. All her heroines are distinguished by infectious expression, a subtle mind and femininity. Each appearance on the stage of Natalia Sergeevna Arkhangelskaya is a real gift to all fans of the best traditions of the Russian psychological theater.