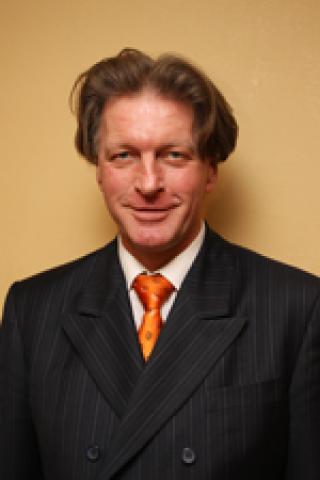 Honored Artist of the Russian Federation (1994).

At school, Sergei’s performance was unimportant, but since childhood he loved to sing songs with a guitar, along with his older brothers Vladimir and Igor. In his youth, Sergei "led the cultural education" of the yard team, since only he had a guitar. The English teacher tempted him to enter the theater school, because she was sure that he would not go anywhere else. And so it happened, Sergei Kolesnikov did not enter a technical university, and the second time he entered the Moscow Art Theater School (course of S. Pilyavskaya and V. Bogomolov). Teachers then were Evgeny Aleksandrovich Evstigneev, Angelina Stepanova, Alexey Gribov.

In 1978, Sergey Kolesnikov graduated from the Moscow Art Theater School and was accepted into the troupe of the theater. He made his debut in the role of a Street singer ("The Life of Galileo").

Since 1987, when the theater split up, the actor worked at the Moscow Art Theater named after M. Gorky, where he played Glumov (“For every sage, there’s simplicity”), Vaska Pepl (“At the bottom”), Kovel (“Mad Jourdain”), Nozdreva (“ Dead Souls ") and other roles.

In 1989, he and his wife lived with friends in New York for six months. There he realized that he could not live without a theater. Upon returning from America in 1990, Sergey Kolesnikov served in the Moscow Art Theater named after A.P. Chekhov. Sergei Kolesnikov has been in his native theater for more than 30 years and considers him his second home.

In 1992, the actor staged his play "Unexpected joy", which went on at the Art Theater for 4 years. With him, the actors were even in London, Vilnius, Omsk. Songs from the play were released on a CD.

In the movie, the actor since 1976, but began to act actively only in 2003. Kolesnikov played in the first Russian TV series Trivia of Life (the main role) and Petersburg Secrets. The actor is also involved in dubbing foreign films.

Sergey Kolesnikov loves fishing, loves to read and listen to music. He really loves the village, nature, which is probably why he was entrusted with the program “Fazenda” on Channel One.