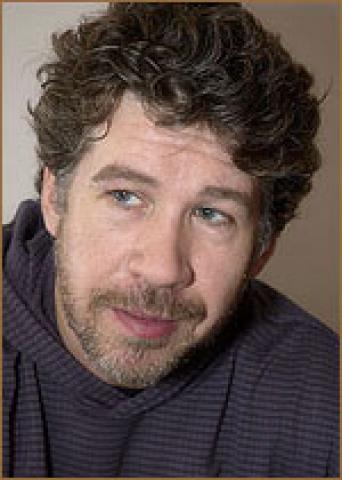 After a year of training at the Dnepropetrovsk Theater School, he served in the song and dance ensemble of the Krasnozamenny Black Sea Fleet. In 1986 he graduated from GITIS named after A.V. Lunacharsky (workshop of B.I. Golubovsky) and since then has been working at the Mossovet Theater, where he was busy in the performances: "The Cat That Walked On Its Own" (Wild Dog), "Mother of Jesus" (Younger Brother), " Cafe Prevera "(Street musician)," On a brisk place "(Neputevy)," Breakfast with the unknown "(Ivan)," Ruy Blaz "(Don Caesar de Bazan)," School of wives "(Chrysald)," There was not a penny , but suddenly an altyn "(Baklushin)," Game "(Applicant)," Sad Detective "(Gyzlo)," Crane "(Villain-Sodo)," Caligula "(Lepidius, Cassius, the first guard)," "Scandal .. .Scandal? Scandal! ”(Carless),“ Passion for Mitrofan ”(Milon),“ Errors of One Night ”(Tony Lumkins),“ Twelfth Night, or Anyway ”(Feste).

In addition, he collaborated with other theaters. In the Theater Group, Valery Sarkisov played in the following performances: "Krechinsky's Wedding" (Krechinsky), "Brothers Karamazov. Tomorrow the Court" (Smerdyakov), "Anfisa" (Rosenthal).

At the Operetta Theater he played in the musical “Notre Dame de Paris” (Quasimodo).

He took part in the performance of the Russian Globe Theater “Richard II” (Bolingbroke).

He led the program "Who is what a lot".