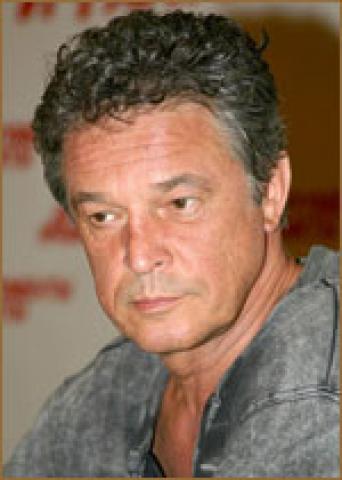 My father worked as a car mechanic, my mother ran a household. Parents wanted their son to choose a reliable male profession, and somewhere around the age of 14, Ivar began combining studies with work. He mastered the plumbing, then the repair of computer technology.

In his youth, Kalnins played in several rock groups, wore long hair and flared pants - the Beatlemania did not pass him. He played dancing in winter Riga and summer Jurmala. Upon graduation, Kalnins decided to enter the conservatory and was accepted to the theater faculty of the Latvian J. Vitol Conservatory. From the first year he was invited to act in films. He starred in the sports drama "The Right to Jump", the melodrama "Ilga-Oriole", the children's film "Faithful Friend of Sancho" and others.

In 1974 he graduated from the Theater Department of the Latvian Conservatory. Y. Vitola.

After graduating from the conservatory, Ivar Kalninsh got a job at the J. Rainis Art Academic Theater. Theatrical salaries were negligible, and Ivar needed to feed his family - his wife and two daughters. In the end, I had to remember my youth and pick up the guitar.

The road to fame, Ivar Kalnins, was opened by Viya Artmane, offering to star in the movie “Theater” based on the novel by Somerset Maugham. The picture was released in 1978. The role of Tom Fennel, the young lover of an aging diva, instantly made Ivar Kalnins famous throughout the country.

90 years - the time of the collapse of domestic cinema. In the first half of the 90s Kalnins still continued to act in film. However, the farther, the less often there were proposals from directors. And Kalninsh took up politics, to which at that time there was general high interest. Ivar Kalnins, who had never been a member of the party, or even a member of the Komsomol, became a deputy of the Latvian Sejm and sat on the commission on culture.

Currently, at home, in Latvia, Ivar Kalnins plays in two Riga theaters - Maly and New. One has only to remember about Latvian cinema, which has shown the world more than one masterpiece. But Russian viewers can enjoy the new work of the actor.