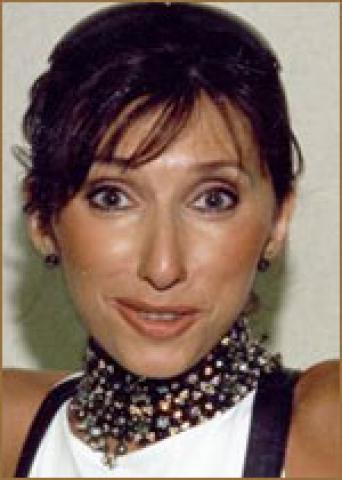 "Hooligan serf girl," - so Sparrow describes himself in his childhood. Yard games, trees, fences - the main memories of those years. But at the same time, little Lena was an excellent student. The ability to parody appeared in her school. School mentors became the first characters for parodies. At breaks, classmates were delighted with how Lena masterfully portrayed gait and reproduced the voices of teachers.

Since childhood, Lena dreamed of becoming an actress, or rather - a clown. Parents in the eldest daughter saw a music teacher and after the eighth grade they transferred the girl to a music school. Then Elena first visited Leningrad and, having fallen in love with this city, she realized that she would study at the Leningrad Theater Institute - LGITMiK.

In 1988, Elena was enrolled in the Isaac Stockbant mastery course. Surprisingly, at the entrance exams, Lena established herself as a categorically non-singing actress. “She does not sing and does not sing” - such was the verdict of the masters. However, in 1991, Sparrow appeared at the A.A. Mironova. She put a funny clown hat on her head, grabbed an old shabby bag, filled with multi-colored “boas” from washcloths and ... left. To the music from the movie Bob Foss "Cabaret". Lena did not seek to imitate the incomparable Lisa and performed the famous hits in her own manner. The jury perceived her performance with fierce indignation: how can you afford this at an actor’s song contest? There could be no talk of any prize for such a “daring trick”. However, the audience unusually warmly received the talented young actress. Elena received the audience award.

Ever since her student days, Elena, like Yuri Galtsev, Gennady Vetrov, began working in the St. Petersburg theater “BUFF”. According to the artist, "this is a unique theater, the first cabaret theater." There she had the opportunity to play in dramatic performances, sing, and make skits. Then Lena began "terrible disagreements with her own texture." Find your genre was not easy - I wanted to become a clown, and an actress, and a singer.

Elena was able to demonstrate her vocal and acting abilities in 1993 at the All-Russian contest "Yalta - Moscow - Transit". Then she appeared in school uniform, with pigtails and a sandwich in her hand. Elena became the owner of the Grand Prix, a special prize of Channel 1 and from the competition - a trip to San Remo. In addition, the singer received an audience award. For the first time in the history of the contest, the opinions of the jury and the audience coincided! But such a success, however, did not bring Elena to the big stage. To move on, money was needed, and considerable: to publish musical material, shoot videos. Nowhere without it. The winner had to return to St. Petersburg, to her favorite comedy theater "BUFF".

Elena continued to write songs, voiced numerous commercials. Then events happened in Elena’s life that many might seem mystical: a chance acquaintance at the airport with a businessman — with a real gentleman who agreed to sponsor a phonogram recording, a meeting with Pugacheva. “It all started with the fact that Alla Borisovna began to dream about me,” Lena recalls. Soon, the Diva was invited to take part in the filming of "Christmas Meetings" in 1998. Then there were the second “Christmas Meetings”.

And a little later, Moscow finally opened its wide arms.

Vladimir Vinokur was looking in his theater for an actress who would sing, and parody, and move perfectly, and at the same time she was not afraid to be funny. Such a universal artist could only be Elena Vorobey. Vladimir Natanovich immediately understood: yes, this is what he has been searching for in vain for a long time. But she did not work for Vinokur even a day. After one performance in the concert program “Levchik and Vovchik. 30 years later ”, where Vorobey, together with Galtsev and Vetrov, performed a parody number, the president of the ARTES Cultural Fund A. Dostman approached Elena and suggested signing a profitable contract. Since then, the work has begun to boil: the first parodies on the big stage, filming in the Full House, solo concerts in front of a huge audience in different cities and countries. For several years, Elena Vorobey managed to travel half the world on tour.

She repeatedly became the laureate of the All-Russian competitions of pop artists: "Ostankino hit parade - 1995," Cup of humor "- 2002.

The actress is actively acting in films.