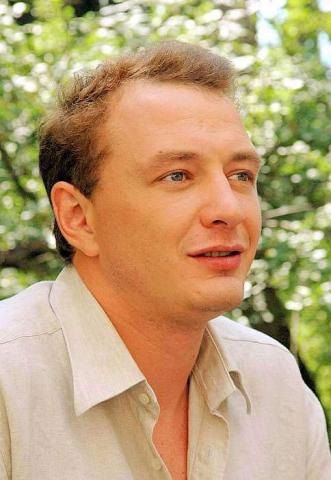 After graduating from high school, he entered the Moscow State University, Faculty of Law. Studying at Moscow State University did not continue, he took the documents and entered the Theater School. Shchepkina (workshop of V. Korshunov), which he graduated in 1996. During his studies, he starred in commercials and worked as a watchman in a denim clothing store, and also played a cameo role in the film by Mikhalkov Burnt by the Sun (1995).

Before entering the theater school. Shchepkina, played for two seasons in the play "Canterville Ghost" of the Sovremennik Theater.

Theatrical works: prefers to participate in entreprise, so as not to depend on one theater. He played Zagoretsky in Oleg Menshikov’s play “Woe from Wit” (1998-2000), in “Ricochet” directed by Anatoly Spivak, in “Ladies' night” and “Snow White and Others”, directed by Viktor Shamirov.