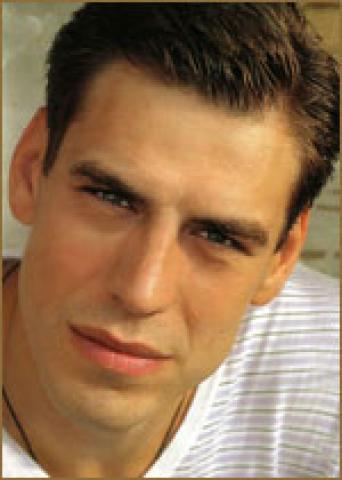 At the age of 17, he graduated from the School of Gifted Children and enrolled in GITIS in the directing department, in the workshop of Mark Zakharov.

After graduation, he played in the project of Donevan "Boris Godunov". Rehearsals coincided with the filming of the series “Bayazet”, so I had to abandon the role in it.

After some time, the young actor was invited to the shooting of the criminal saga "Brigade", the role of the Cosmos overnight made Dmitry Dyuzhev famous throughout the country. Since then, many acted in films and plays in the theater.