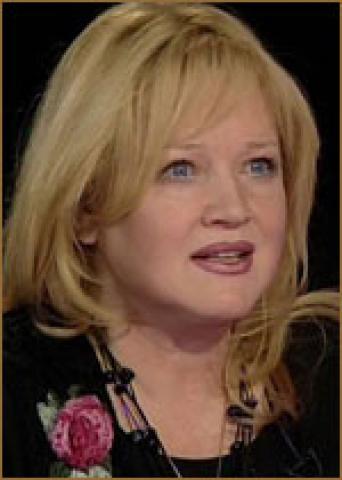 Born on August 22, 1950 in the Usolye-Sibirskoye, Irkutsk region.

People's Artist of the Russian Federation (2002).

In 1975 she graduated from the Moscow Art Theater School.

At school, she was fond of sports, sang, studied in a dance club, performed in concerts. Teachers and classmates called her: "our artist." But when Natasha Yegorova heard the same words at the graduation party when she presented the certificate of maturity, she was offended: she did not think seriously about the acting profession. And yet, already preparing for the exams at the institute, she suddenly thought: “Why not?” And she entered the Irkutsk Theater School.

This happened in many ways unexpectedly for Natasha herself. But even more sudden was the decision she made a year later - to go to study in Moscow. The summer "marathon" for all the capital's theater universities for her was unsuccessful. However, in a crowd of applicants in a public garden near GITIS Egorova was noticed by Mosfilmites ... and invited to star in the film "City of First Love." So her film debut took place. For a year, Natasha studied in the studio at the Central Children's Theater, then was admitted to the Moscow Art Theater School. The biography of the course on which Yegorova studied turned out to be happy: on its basis the New Drama Theater was created. The artist’s stage track record includes the performance “My Fair Lady”, where she mischievously and wittily plays Eliza Doolittle, “Last Summer in Chulimsk”, “Years of Wanderings”, participation in the theater’s production “Live and Remember”. In cinema, for a relatively short period of time, Egorova played in twelve films. Her first big role was Lida in "Repeated Wedding" - a young, selflessly in love girl. Almost simultaneously, the actress starred in the films Channel and Elder Son.

“At first, I liked everything in the cinema,” says Natalya Egorova. - Then came disappointments, but here in the television film "Elder Son" starred with pleasure. It turned out that here I should be completely different than before. In the theater, open emotions were familiar, but here I had to constantly restrain myself. Director Vitaly Melnikov then told me everything: “An ensemble is a small orchestra where everyone has their own part, and you want to play what is supposed to be for the role of Evgeny Pavlovich Leonov ...”