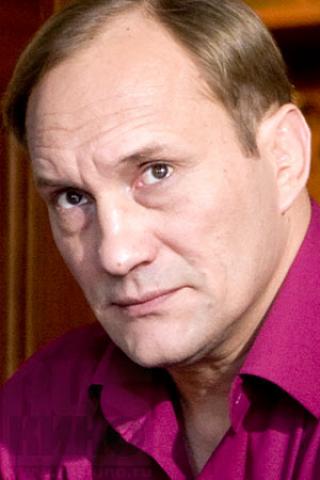 In 1989 he graduated from the acting department of the faculty of dramatic art of LGITMiK (workshop of L. Dodin).

Eugene was born and raised in Leningrad. But he spent a lot of time in childhood with his relatives in the Novosibirsk region in the urban-type settlement of Krasnoozerskoye. What Leningrad boy did not attract the sea ?! Young Evgeny was no exception. As a child, he went to the Club of Young Sailors in the Palace of Pioneers. Another serious hobby was the struggle, which he began to engage in from the fourth grade. Eugene enrolled in the section and after long and hard training he became the champion of his native Leningrad. As many as five times! But after graduation, he was drawn not to sports, but to art ...

After leaving school, Evgeni Sidikhin entered the acting department of the Leningrad State Institute of Theater, Music and Cinematography for the course of Igor Petrovich Vladimirov. True, he did not study for long - already from the first year he was drafted into the army.

He does not like to remember the time of military service in the Turkestan military district, where Eugene spent several months before being sent to Afghanistan. "It was a nightmare! I didn’t even imagine that such a thing was possible. Especially after the theater institute, where I was taught to“ stand beautifully by the white piano ”, and I believed that relations between people can only be just as beautiful ... However, I was mistaken , and frankly, Afghanistan seemed to me a very worthy place ... "In Afghanistan, Sidikhin had to take part in hostilities. Fortunately, nothing happened.

Demobilized in 1985, Yevgeny Sidikhin recovered at the institute, having fallen on the course of Lev Dodin, which he successfully graduated in 1989.

A strong family is an infrequent occurrence in the acting environment, especially if the husband is a superman with whom an army of spectators is in love. Yevgeny Sidikhin, as a student, married Tatyana Borkovskaya, a girl from a parallel course. With his future wife, he was brought together by chance. Once, Eugene came to visit friends and fell in love with her literally at first sight. Two days later he resolutely and irrevocably moved to his chosen one. In 1988, the Sidikhins had a daughter, Polina, ten years later Aglaya, and in 2007 the third daughter Anfisochka was born in the Sidikhins family.

At the end of the institute, Eugene got a job at the Lensovet Theater, but in 1993 he moved to the Bolshoi Theater. Tovstonogov, where he plays to this day. One of his most prominent roles in this theater is Macduff in the play Macbeth by William Shakespeare. In addition to working in the BDT, Evgeny Sidikhin takes part in various entreprise, where he is eagerly invited.

In the movie, Eugene Sidikhin began acting in 1991. And here the past wrestler helped him. Thanks to his texture, he played one of his first roles in the action movie "Beyond the End." A year later, the actor came to the first noticeable success. In the film of Ivan Dykhovichny “Prorv”, awarded with prizes of many Russian film festivals, Sidikhin played the role of Gosha. This picture, telling about how a broken lady burned with passion for a loader, became a landmark in the fate of the actor. The role of Gosha determined the further role of the hero with irresistible masculinity. Then he played the strong metallurgist Ignat Morozov in "Children of the Cast Iron Gods", Boris - in "Mania Giselle". To many viewers, he was also remembered for the role of Rodion the Good in the adventure film "Wolf Blood" on the formation of Soviet power on the outskirts. Sidikhin played the role of an authorized revolutionary military council, by no means a positive hero, rather the same bandit that he himself mercilessly exterminated.

In 1994, Viktor Titov’s series “Russian Transit”, based on the bestseller of the same name by A. Izmailov and V. Barkovsky, was released on television, the main role in which was played by Evgeny Sidikhin. The series made him incredibly popular. The farther, the more the image of Yevgeny Sidikhin, as a courageous superman, was strengthened in the audience. The actor’s relationship with the cinema was somewhat reminiscent of his relationship in the film “Prorva”, where her lover saw in him only a magnificent body. Also, cinema stubbornly tried to exploit the actor’s external data, his Afghan experience. Eugene Sidikhin could not put up with this. By the way, he himself believes that he never played any supermen. In each role, he tried to show a real person how he could act in a critical situation. “I wasn’t a fighter anywhere, in fact, and the word“ fighter ”as a concept is quite broad. Different circumstances always lining up. And I consider a set of circumstances in each film, but don’t think about the need to play a fighter or a bandit ... For now, I, fortunately, the form does not change the person ... "

He himself tried to go beyond obsessive stereotypes. In Retro Threesome (1998) Sidikhin for the first time played not a victorious Superman, but a mattress, I’m drowning, as if embarrassed by her extraordinary external data, and also her horned husband. And in the crime comedy “Mama Do not Cry” (1997), he spoiled all his many heroes of category “B”, portraying a lazy and conceited, but in Russian “sincere” bandit who entertains random spectators with a memorized number: he strains his neck muscles by tearing Velcro leather belt. In addition to Yevgeny Sidikhin’s own acting will to develop, these films proved the presence of directors (from different generations) who were ready to experiment with him, regardless of an established myth. In a certain sense, the experiment in him was the work in the retrodrama of Valery Ogorodnikov's "Barack" (1999). However, the mythological charisma of Sidikhin turned out to be difficult to compatible with the naturalistic texture of the film. The brave starle-policeman, gladdening - contrary to all historical authenticity - and exiles, and single-handedly, and orphans, and single women, involuntarily ennobles the sullen late Stalinism, turning it into a not at all terrible "old song about the main thing." However, it was for this work that the actor was awarded the State Prize.

In 2000, the series Gangster Petersburg was released, where Yevgeny Sidikhin played investigator Nikita Nikitovich Kudasov. The series was a huge success with the audience, so it is natural that almost everyone who starred in it became stars of the first magnitude.

In recent years, Sidikhin is especially in demand in the cinema. He starred in a variety of films: action films, melodramas, comedies. Especially a lot of the actor starred in various TV shows.

For some time, Eugene Sidikhin broadcast on the NTV program “Two”. However, then he left on his own initiative. "" It seems to me that this project was not thought out, but it was based on a good idea, which bribed me. Communicating with a person live, "opening" the interlocutor was of great interest to me. But unfortunately the program turned a roll towards some extraordinary phenomena, pathologies, and this was not interesting to me. Moreover, the set-ups began when the studio turned out to be not real people, but dummies. I saw through one such setup and warned that I would leave this program if it happened again. This was repeated, and unexpectedly for everyone, we were simply deceived. That was it. "

The embodiment of masculinity, Evgeni Sidikhin is at the same time a very closed person, as if he is afraid to shoot and miss and therefore prefers not to shoot at all. His mood is absolutely elusive. In the light, he is elegant, unhurried, gracefully holds a cigarette, drags on slowly. And on the set he smokes one cigarette after another, hiding his butt in his palm, as if he was afraid that they would notice ...

Sidikhin gives all his free time to sailing, which he dreamed of since childhood. As soon as the funds appeared, he, without hesitation, realized his childhood dream and bought a yacht - a small six-meter time-out vessel. True, not so long ago, he sold a yacht, but on the condition that the current owners will allow him to use it from time to time. Sidikhin plans to buy a larger ship so that he can go out to the open sea.