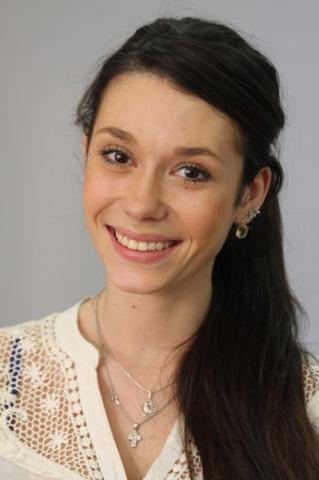 In 2013 she graduated from SPbGATI (course of Yu.M. Krasovsky).

In 2012, she entered the service of the Buff Theater, which specializes in musicals and musical performances. Victoria immediately received the role of Angela in the play "The Invisible Lady". In the same year, the actress played in the play "Parentectomy" of the theater team "Laboratory" ON Theater ".

In 2013, at the Buff Theater, two premieres took place with the participation of Victoria - Dinner of Fools, directed by M. Smirnov, and Savage, directed by N. Kozorovitskaya. In the same year, Zabolotnaya received the role of Elizabeth Poznysheva in the play staged by the director N. Druchek “Kreutzer Sonata”. In the next three years, the girl appeared in a number of productions: “The Steadfast Tin Soldier”, “The Snow Queen”, “Blues”, “Adventurer’s Diary”.

The creative biography of Victoria Zabolotnaya in the cinema began back in 2000. The future actress made her debut in the youth sitcom "OBZH", where she played one of the schoolgirls Vika Tsvetkova. The shooting took place in the pavilions of the shopping center "Petersburg", the film was played mainly by children and adolescents. According to many critics, young actors looked more convincing in the frame than their adult colleagues.