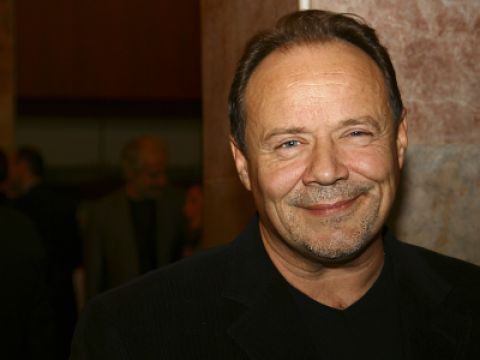 Alexey Maklakov was born and raised in Novosibirsk. There he graduated from the Novosibirsk State Theater School. For some time he worked for Uniton radio, played in the Novosibirsk Red Torch Theater. In 1996, Alexei Maklakov was accepted into the troupe of the theater named after Vl. Mayakovsky. On the stage of this theater he played roles in the performances: “Synthesizer of love” (Mervyn), “A free man enters” (Brown), “The fruits of enlightenment” (Doctor), “Children of Vanyushin” (Krasavin), “Plague on both your houses ! ”(Signor Capulet),“ How you will love it ”(Le Bo) and others.

All these years, Alexei Maklakov did not act in films, therefore, in addition to the avid theatergoers, he was practically unknown to anyone ...

For the first time in the movie, Alexei Maklakov starred in 2001. But hardly any of the viewers remembered that episodic role in the film "Hello, baby!" But the director Timur Bekmambetov even then drew attention to the talented actor, and when he started shooting the "Night Watch", he remembered about him again.

Bekmambetov offered Alexei Maklakov the role of driver magician Semyon. The actor admits: "When I looked at the script, I honestly did not even know how to start reading it." In this situation, Maklakov was helped by his friend, employee of Radio Uniton, Boris Komarov, who, after reading the script, advised him to agree to the role.

Maklakov very successfully fit into the image proposed to him. The producer of the series, Vyacheslav Murugov, notes the actor’s game this way: “... really a very accurate hit, a very talented performance of this image. I will even say more, it is one thing to write, and another to breathe life into this image. It’s very expensive. ” The film brought Alexey Maklakov great popularity. Especially the audience remembered the famous scene where the emergency gang under the control of Semyon makes the famous somersault. Maklakov recalls how the shooting took place: “... that evening I was hungry and bought pizza. When I arrived at the Krasnye Vorota metro station, where we filmed it, it was raining lightly, and then I saw the cab of our car, which was in a centrifuge ... And before that, the best stunt performer in Russia, Dima, came to me - Dima Vorobyov - who asked: “Lesha, did you eat today?” - “Yes, I just bought pizza” - “Maybe you won’t?” I do not understand. I ate this pizza, washed down with tea. When we just got into this cabin, we were turned 360 degrees. It was 8 takes, that is, all the pizza eaten by me, unfortunately, was inside the cabin, etc. And then, when I was in the voice acting, I saw how you see this frame, already in the mounted material. A body was added to our cab. Take-off, flight ... And, frankly, I even envied this hero whom I played that it really is possible to drive a car so cool. And I believe that they voiced several frames in this picture. Because he was, well, what else is the consequence of what I experienced associated with pizza. Therefore, I adore him. The flight was successful. "

By the time of the release of "Night Watch" Alexei Maklakov had already begun acting in a new project - the series "Soldiers". The creators of the series set themselves the task of telling about the modern army in a comedic manner. At the same time, they skillfully avoided deviations in the direction of outright satire. The humor in the series is really kind.

That is why the "Soldiers" were equally fond of the most diverse sections of the population, which is important, they were enthusiastically received by the servicemen themselves. Aleksei Maklakov played in the "Soldiers", perhaps, the most colorful role - ensign Shmatko. It is worth noting that Maklakov served in the army for only 6 months, and even that could hardly be called a real service. Here is what he recalls himself: “I did not serve for long, but it was fun. They took me to the army from the Novosibirsk Theater Institute. As soon as I got into the unit, I organized a group of amateur performances. Our fighter-gunners respected me, even the "grandfathers" made friends with me ... "

Given all this, one can only wonder how the actor managed to so subtly feel his hero. He not only played the ensign, but created a truly unusually true image. At the same time, Shmatko cannot be called an unambiguously positive hero. It is mixed with an abundance of both positive and negative qualities. But in the most crucial moments, the good in him always prevails. Perhaps this made the character of Alexei Maklakov a national favorite. Six months later, the whole country laughed at the cunning, economic and so charming ensign Shmatko. Even the children began to send him letters to the address: "Moscow, Ensign Shmatko." And men stopped in the streets to remember the army. Maklakov even got a guard, and he became the first “warrant officer” in history with a personal bodyguard. The first “Soldiers” were followed by “Soldiers-2”, “Soldiers-3”, etc.

The characters of the series changed, and only the ensign Shmatko always remained unchanged. True, at one time he also visited lieutenants, but even in this rank he remained an Ensign. In spirit. The actor himself reflects on the success of his hero: “I tried to understand what was the secret to the success of my ensign. And I got it. This is the most common type of Russian man - one that lives contrary to. We all live in spite of something - a small salary, family problems. At the same time, Shmatko, like most of our people, manages to be optimistic. Every Russian person has something from this ensign. ”

Since 2007, Alexei Maklakov is going to leave the series "Soldiers". He goes into a new project called "Ensign" ...