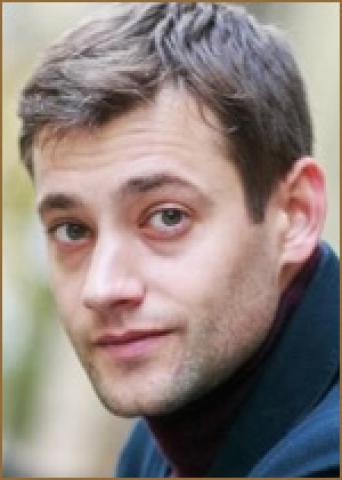 He graduated from the Omsk School of Music named after V.Ya.Shebalin (2004, clarinet and saxophone class). Since 2002, he played in the performances of an amateur theater at a music school.

He graduated from the Moscow Theater Institute named after Boris Schukin at the State Academic Theater named after Evgeny. Vakhtangov (2008, course of V.V. Ivanov).

Since 2006, he held master classes at the Yabloko Youth Theater in Estonia.

Since 2009 he has been working at the Roman Viktyuk Theater.

In 2009, Roman Viktyuk invited to his theater to play in the play “Romeo and Juliet. The premiere in Moscow took place on June 15, 2009. Mercutio and brother Lorenzo are playing - on the present. vr.

Also plays in the play of Roman Viktyuk "Ferdinando". Premiered on November 16, 2009.