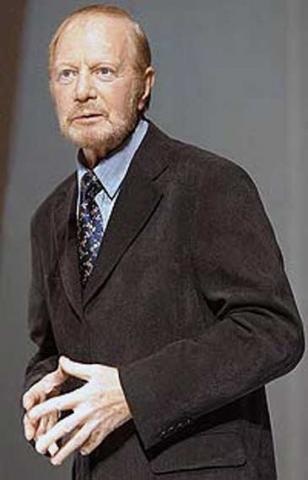 Received the profession of a turner, worked at the factory "Ball Bearing".

In 1955, together with Yuri Grebenshchikov, he was accepted by the visiting committee at the Moscow Art Theater School (course of Victor Stanitsyn). After graduating in 1959, the season 1959-1960 he worked at the Moscow Drama Theater. K. S. Stanislavsky at M. M. Yanshin, was introduced as E.P. Leonov.

In 1961 he was drafted into the army, served two years in the engineer battalion.

In 1963 he returned to the Moscow Drama Theater. K. S. Stanislavsky (until 1984, formally listed before 1990). He worked with M.O. Knebel and A.A. Popov, played in the performances of Anatoly Vasiliev.

Since 1982, he rehearsed with Anatoly Vasiliev at the Taganka Theater the play of Victor Slavkin "Serso", which premiered in July 1985.

Since 1989, she has been playing in the performances of the school of the modern play theater.

He teaches at RATI, professor of the drama directing department (workshop of I.L. Reichelgauz).