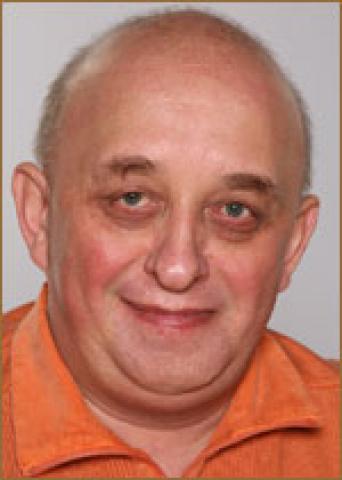 Until 1979 he lived and studied in the city of Mingachevir, Azerbaijan USSR. From 1979 to 1984 he studied at the Moscow Order of the Red Banner of Labor Veterinary Academy named after K. I. Scriabin. Got a specialty - biophysicist. From 1984 to 1989 he worked in various research institutes. While still a student, he became interested in theater. During the collapse of the Soviet Union and the crisis in the research, he worked in several tetral studios. Since 1992, he began to work as an actor professionally. From 1993-1996 he studied at the Humanitarian Institute of Television and Radio Broadcasting (workshop of D. G. Koznov, teachers N. F. Laktionov and L. V. Tsukasova, majoring in television and television directors).

Since 2001, he has been working as an actor in the Comedy Theater, led by A. A. Kiryushchenko.

Currently works in the performances of the Theater of Modern Entreprise.

Writer: 2014 The book "The horse’s move" at the end of the war "History of the operation to rescue Josip Broz Tito with the participation of Soviet officers in May-June 1944.