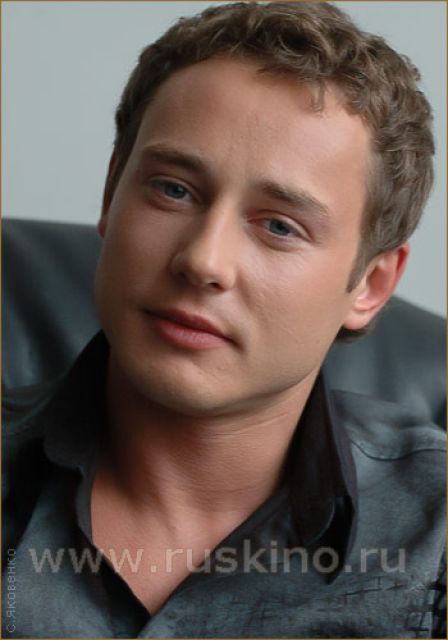 He graduated from LGITMiK in 1996 (course of Vladimir Petrov).

Born in St. Petersburg (at that time still Leningrad) in an acting family. His parents worked in the illustrious BDT. The school in which Dmitry studied, he said, was “advanced”: “The entire assembly hall was covered with marble boards with the names of medalists.” Until the sixth grade, Dmitry also studied well, but then the boy’s desire to learn was gone. “I'm really tired,” he admits. - It was a soviet time, and it was important for teachers that you were the first; and my parents were on tour all the time ... "

From an early age, Dmitry began to make music. The boy chose the violin. “I can’t say that I liked it,” Dmitry admits, “it was very difficult. In childhood, I want to relax, take a walk, chat with the same boobies as you yourself, and when you are forbidden to do this, and abruptly - about this you start, of course, to rebel. ” In addition, young Dmitry had a conflict with a teacher, from whom he studied at the Rimsky-Korsakov music school. In those same years, Dmitry became interested in sports, which received great attention at his school. He enjoyed doing athletics - running short and long distances. But by the seventh grade, combining sports with music became difficult. I had to make a choice. He was in favor of art.

By that time, his attitude towards music had changed. And this happened thanks to his acquaintance with the theater "Shelter of the Comedian". Dmitry recalls: "There were guys playing jazz, and I changed my classical direction to a more jazz, more free."

Despite his serious passion for music, after graduating from school Dmitry was not going to become a musician. And even more so, he didn’t think of becoming an actor: “I had experience with actors, and such a life didn’t really attract me.” Oddly enough, Dmitry saw his future in medicine. However, he did not become a surgeon ...

Dmitry Isaev says: “At some point, Olga Volkova, a former St. Petersburg, now Moscow actress, literally“ took me by the collar ”and said: everything, we must go to the theater institute, let's go. And I could not resist her pressure. " In the first year, the young man was waiting for failure. After working for a year at the Comedians' Shelter Theater, Dmitry made a new attempt and entered the course of Vladimir Viktorovich Petrov the second time. Dmitry Isaev recalls: “I liked learning: we found a common language, our views on life and the theater coincided. I can’t say that studying was easy, but it wasn’t and especially hard. Maybe only in the first year, further it was already somehow easier. In any business, there probably exists a period when you do something, and it’s very difficult for you, all of a sudden at a certain moment you realize that you have reached a different level. You understand that you can do this, you can do ten, twenty times more, you can do this all your life. And you already somehow work differently. ”

In the 4th year of the institute, Dmitry married his classmate. They had two twin daughters, Sonya and Polina. The first experience of family life was unsuccessful and three years later, by mutual agreement, they dispersed. Nevertheless, former spouses today maintain friendly relations.

After graduating from the institute in 1996, Dmitry Isaev worked for some time in the theater "Shelter of Comedians", then in the theater named after Komissarzhevskaya.

Dmitry Isaev says: “One of the first performances after graduation was the play“ She Challenges ”, later - vaudeville, musical performances, once even played at the Conservatory. With one of my former institute teachers, who had been engaged in operetta for half a lifetime and had a good command of this genre, Sergei Kolesnikov, we played performances in which there was music - romances, arranged gypsy, modern, salon romances. We played at exhibitions, worked in a Petersburg museum, where later I even hosted some exhibitions, and that was also interesting. ”

In the theater “Comedian’s Shelter” by Dmitry Isaev, the following roles were played: Zhadov (“Profitable Place”), Doni (“These Free Butterflies”), Pitus (“Lobster Laughter”), young scientist Jorgen Tesman (“Gedda Gubler”). Among the actor’s other works, the roles played by him in the Mironov’s entreprise can be noted: Marius (“Les Miserables”) and the peasant (“Oblomov”). As well as roles in the Komissarzhevskaya theater: Mezhuev ("Chichikov"), Louis Lamar ("French things").

According to Dmitry, for the first time in the movie, he starred in childhood. In one of the French films, he played little Mozart. There, his ability to play the violin came in handy. At the end of the institute, Dmitry did not act in film for a very long time. He was not invited to the cinema, and he especially did not try to catch the eye of the directors. Firstly, he wanted to gain experience, and secondly, the theater somehow more attracted a young actor. Over time, as Dmitry himself admits, his tastes have changed.

His film debut was the main role in the film directed by Cyril Kapitsa “Madame Victory”. In this picture, the actor was invited by his former classmate Tatyana Kolganova. Dmitry played a promising swimmer, Glory, who cannot win the competition, although he shows good results in training. From this period, Isaev began to very successfully combine work in the theater (mainly in various enterprises) and work in the cinema. In the same 2002, he again starred with Cyril Kapitsa, playing one of the main roles in the film "Sea Knot". The film tells about the life of the fishing team. Isaev, on the other hand, plays the role of the biologist Eugene — a principled person called the team members — Paganel.

This was followed by small, and sometimes even episodic roles: the prince in the film "Chronicle of Love", the football player in the series "Mongoose" (series "Yellow Card"), the gigolo in the series "Gangster Petersburg" (series "Journalist") and the operative in the series “Streets of Broken Lights -5” (Disinfection series).

The actor brought the role of Crown Prince Alexander in the TV series “Poor Nastya.” Dmitry Isaev admits that it was very difficult to prepare for this role: “I did not know at all what soap was and what kind of genre it was. There was no material, because this period is rather dark in the life of Alexander II, from sixteen to thirty-five years there is nothing. The people who prepared this project, the Americans and ours, tried to search, but found little that could help. ”

Among the well-known works of the actor are the violinist Yevgeny Abramov in the series “Dear Masha Berezina” and the nobleman, the son of a wealthy manufacturer Peter Volkov in the series Sins of the Fathers ”.