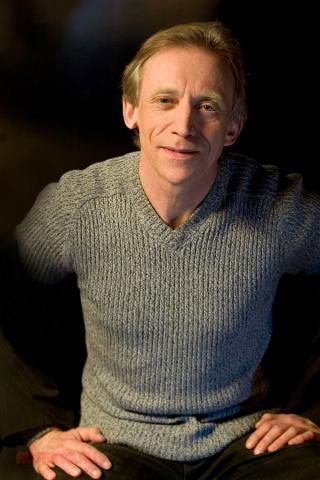 After graduating from college, Vladimir Shulga worked for several years at the Pinocchio Theater (Magnitogorsk). This period was marked by a number of interesting roles in the performances “The Extraordinary Adventures of Pinocchio and His Friends” (Papa Carlo, Basilio), “Aibolit vs. Barmaley” (Dr. Aibolit), “Mowgli” (Tobaccos), “Divine Comedy” (Adam), “ Dragon ”(Henry),“ Uncle Vanya ”(Voynitsky).

In 1982, following the director Mikhail Skomorokhov, part of the Pinocchio theater troupe, including Vladimir Shulga, went to Perm to work in the Perm Theater for Young Spectators. Vladimir Shulga served here for almost twenty years and during this period took part in many theater productions: “Ah, Nevsky!” (Poprishchin), “The Examiner” (Khlestakov), “The Idiot” (Prince Myshkin), “The Cherry Orchard” (Lopakhin) , “Richard III” (Richard III), “Dump” (Tricky), “Candide” (Voltaire), “The Adventures of Cat Leopold” (favorite of the children’s audience, Cat Leopold) and others. His work was highly appreciated by both Perm and the capital criticism, performances with his participation have always enjoyed success with the public.

The period from 1991 to 2001 was for Vladimir Shulga a time of fruitful and creative collaboration with the Bolshaya Laundry contract theater and director Dmitry Zabolotsky. Within the framework of the project, the actors and the director realized a lot of ideas, embodied in a number of interesting and beloved performances by the audience: “This chair is for you” based on the plays of Ionesco, “A bunch of lightnings”, “All this Perm!”, The television project “Success on the stage” and others.

He was also involved in some productions of the Perm Harlequin Theater (Notes of a Madman, Caution, Flowers!), As well as the Perm Academic Opera and Ballet Theater (Salome).

Since 2001, Vladimir Shulga has been working in Moscow. The first theater season after arriving in the capital was held at the Theater of the Russian Army (the performances “The Old Bachelor” and “Your Sister and Captive”).

Filming in the cinema has become an integral part of the creative biography of Vladimir Shulga. Experience in the cinema was gained even before moving to Moscow: “Sphinx” (1990), “Rebellion the city, count!” (1991).

Vladimir Shulga participated in a number of radio shows: the children's play “Hedgehog in the Fog” (Perm, 1991), the radio series “Transitional Age or the Last Summer of Childhood” (Radio of Russia, 2006). Currently cooperates with the TV channel Russia.