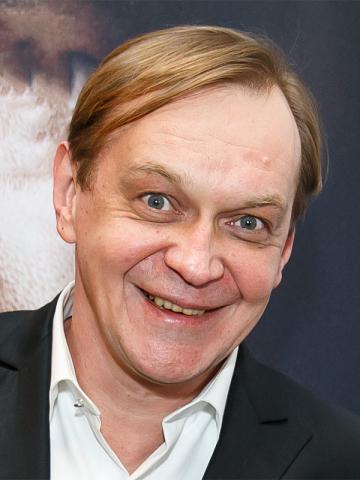 In 1987 he graduated from the Moscow Art Theater School (the course of Vladimir Bogomolov).

He began his acting career after graduating from the Moscow Art Theater School-Studio at the Sovremennik-2 Theater Studio, created on the basis of his course.

For three years he worked in the USA as a teacher of the Stanislavsky system. Returning in 1996, he organized his own theater "Theater of Theater Events".

In the twentieth Hollywood film about James Bond, he played the Russian inventor Vlad Popov ("Die, but not now").

In each of his interviews, Mikhail Gorevoy admits his special love for the theater. While still a teenager, having watched the performance of the Warsaw Melody on the stage of the Hermitage Theater, he was literally infected with the spirit of the theater. Starting with youthful acting, Mikhail Gorevoy grew into a serious director who, over the past 20 years, has successfully staged extremely piercing and relevant performances on the stage of the country.

The project Theater Events Factory has become a landmark in the life of Michael. He made it possible to realize the most cherished theatrical ideas and dreams. In 1987, Mikhail Gorevoy became interested in John Steinbeck's novel "People and Mice." In the United States, the play was translated into theatrical language, and, returning to Moscow, Mikhail brilliantly staged it in the Moscow City Council specialist. The play "People and Mice" is the oldest antreprise performance and has been on the scene for more than 20 years. Since then, more than a dozen serious theatrical works have been created. Currently, Mikhail Gorevoy continues to actively direct.